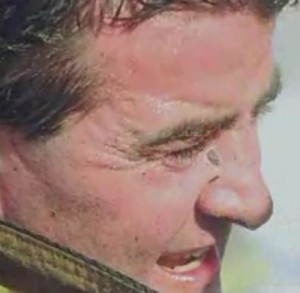 The morning of September 11, 2001, dawned clear and crisp. A bright, blue sky overhead as I drove into Washington, DC, headed for the State Department for a routine assignment shooting a ceremonial function: a quiet routine day.

Or so I thought.

Shortly after 9:30 a.m., the Blackberry on my belt, vibrated, signalling the arrival of a new email. The short message read: “Explosion. Pentagon.”

I loaded my gear back into my Jeep Wrangler and headed for the 14th Street Bridge, only to find it closed, so I turned towards Southeast DC. knowing I would have to cross over the Potomac near the Navy Yard and take an alternate route,

I arrived at the Pentagon to fine a gaping hole in the side of the massive building facing Columbia Pike. I also recognized two things that I hoped I would never experience again: the smell of aviation fuel and burning flesh.

I would spend more than 36 hours straight shooting images from that terrible day and the ones that followed.

The video below is a collection of photos from that terrible day and its aftermath. The video above is from a project recognizing the first anniversary of the terrorist attacks, put together from the many sources of news and individual video footage from that day in New York. Both projects would not have been possible without the efforts of many creative people from the chosen profession that I love.

As difficult as it is, today is a time to revisit both. and to remember those who lost their lives in those tragic events.