Is Chris Christie too fat to be President? 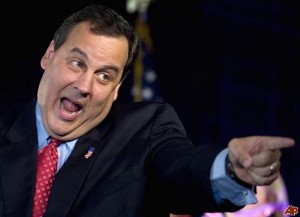 Chris Christie jokeS that his weight once hit 550 pounds.  He won’t say how much he weighs right now but the rotund New Jersey Governor is the fattest Presidential contender in many years and is drawing comparisons to William Howard Taft, who tipped the scales at 340 pounds when he won the Presidency in 1908.

After courting Christie to run for President, GOP insiders now worry that he is too fat to be a serious Presidential candidate.

Some worry that a President who isn’t fit can’t hold up to the pressures of the Oval Office. Others dismiss a fat candidate as a bad role model.

But consider this:  With more than a third of the nation’s population now listed as “official obese,” Christie may be a true man of the people.