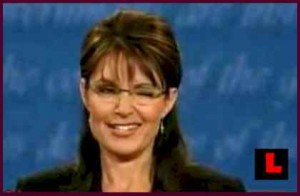 Sarah Palin thinks her supporters are sad she decided not to run for President.

Which begs the question: Why follow her in the first place?

Appearing on Fox News Thursday, Palin — who announced a day eariier that she would not seek the GOP Presidential nomination — apoligized for her cult-like following for stringing them along for months with candidate-style actions before saying “nada” to a run.

“I apologize to those whom are disappointed in this decision,” Palin told Greta Van Susteren.” “I’ve been hearing from them in the last couple of hours. But I believe that they, when they take a step back, will understand why the decision was made and understand that, really, you don’t need a title to make a difference in this country. I think that I’m proof of that.”

Polls, however, suggest Palin was speaking to a constituency that wasn;t there. Few of her supporters wanted her in the race and those don’t support the former Alaska governor wanted her even less.

Palin’s time has passed.  Even the tea party has moved on to other standard bearers like Micheele Bachmann and Rick Perry.

The Palin Express has crashed. Move along folks. Nothing to see here.