What happened to Ron Paul? 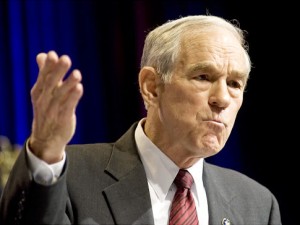 Ardent followers of Texas Congressman Ron Paul — a two-time contender and two-time loser in past Presidential campaigns — felt this could be his time to seek the Presidency.

Buoyed by a tea party movementthat he is often questionably credited with founding and back for another run with the same populist message that brought in massive amounts of campaign cash — but few actual votes — in 2008, Paul appeared ready to build momentum for a 2012 run.

But momentum — and tea party support — are fickle mistresses and Paul found himself left behind as the tea party shifted its loyalty first to Minnesota Congresswoman Michelle Bachmann and later to Texas Governor Rick Perry. With public support of the tea party falling as fast as Perry’s fortunes, getting that party’s nod no longer seems to have political value.

Paul won the Iowa straw poll and hovered near the top tier of candidates in the polls. When Perry’s star began to Paul, it appeared — for a brief instant — that Paul could be one left to challenge the political juggarnaut of former Massachusetts governor Mitt Romney.

Then Herman Cain came along and Paul found himself once again back in the pack of second tier candidates with little chance of capturing the Republican nomination.

“The revolution left Dr. Paul behind,” says Texas waitress Betty Huffman, an early supporter of Paul. “The buzz now is all about Herman Cain.”

Indeed, former Godfathers’ Pizza leads the latest poll in a season where GOP frontrunners come and go like the latest fad.  Paul’s momentum has stalled and his poll numbers have dropped.

“Other candidates are using Ron Paul’s more populist ideas to their advantage,” says political operative Ralph Scoggins. “They’ve taken his messages and made it his own.”

Paul tried to regain some traction by going after Cain in the latest GOP debate but his challenges fell short and Cain came out of the debate with momentum and poll numbers.

Paul has already announced he is retiring from Congress. This run for President was expected to be his last, best shot at the White House.