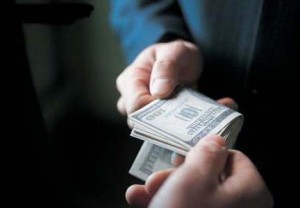 From 1987-1992, I ran the political programs division of The National Association of Realtors — then the largest trade association in the world and operator of the largest political action committee.

As vice president for political programs administration, I had oversight of the PAC, an “independent expenditures” program that could dump millions into targeted races and an “issues mobilization” operation that also spent millions on ballot initiatives that favored the real estate industry.

Our mission was simple: support, influence and when possible control the passage of legislation that benefited the business of selling real estate. We represented 800,000 members of the association — and because of our size and our deep pockets, we often succeeded where others failed.  We had the money — and the clout — to influence a government that panders to special interests and elected officials who care little about serving the general public that elected them to office.

My five years with the Realtors confirmed what I had already learned about government as a journalist: That democracy is an illusion and America as a “democratic republic” is a sham.

Government is driven by the haves at the expense of the have-nots.

In 1987, one of our lobbyists learned that the House Ways & Means Committee was considering limited or possibly eliminating the tax deduction for interest paid on home mortgage loans.

Tax deduct-ability of mortgage interest was a major part of the Realtor legislative program.

Steve Driesler, then Executive Vice President for Government Affairs, came into my office to share the news and said: “We’ve got to do something about that.”

I booked recording studio time, wrote a script, hired an announcer and bought saturation drive-time radio advertizing in the district of each member of the House Ways & Means Committee.

When votes — and more importantly, home owners — drove to and from work in those districts they heard a voice say: “Did you know Congress wants to eliminate one of the main reasons you bought a home?  Did you know they want to do away with your ability to deduct the interest on your mortgage on your taxes?  If you don’t think that’s a good idea why not call (Name of Congressman) and tell him or her to protect your home investment. Or call (phone number) and we’ll put you in touch with your elected representative.”

NAR claimed that studies showed most people took the advantage of deducting mortgage interest into account when purchasing a home. In fact, the claim was not true. Studies show deducting interest has little to do with the decision of potential homeowners to purchase a home.  Among civilized nations, counties with higher percentages of home ownership do not allow deductions for mortgage interest.

But it was a good populist argument — even if it was a lie.

And when you have enough money to influence public opinion, lies easily become truth.