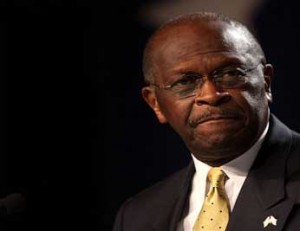 Sexual harassment claims from the past and a history of harassment of women are taking their toll on the once-rising campaign of Presidential contender Herman Cain.

A new poll from Reuters shows Cain’s support dropping five percent since the charges surfaced a week ago.  The poll also shows most of those surveyed believe the reports are true.

“It’s starting to sink in that Cain is a damaged candidate,” Democratic operative Jonathan Langstrom tells Capitol Hill Blue.  “He might have had a chance to rebound from this but he has changed his story too many times and ignored the basic rules of crisis management.”

The poll also shows Cain sinking fast with Republicans and GOP talking heads went on the Sunday news shows and suggested Cain is someone they would just as soon forget.

“He was the flavor of the week,” said Republican Rep. Tom Cain of Virginia.  “His week is up.”

GOP Presidential candidate Jon Huntsman says Cain failed to be open and honest about the allegations.

When the controversy surfaced a week ago, GOP readers of Capitol Hill Blue bombarded the web site’s offices with indignation, saying the stories were a “witch hunt” and a “high-tech lynching.”

But the tide turned over the weekend and most now say they are disappointed and feel betrayed by Cain.

“I believed in him,” says Shirley Chasen of Atlanta. “Now it turns out he is a monster.”

Cain, in the meantime, continues to stonewall on the issue and refused to answer questions or fill in the blanks.