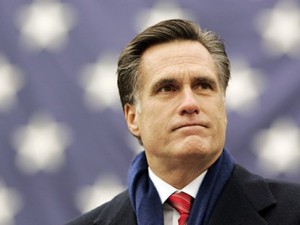 A new CNN/Time poll for Iowa is good news for Mitt Romney, great news for Rick Santorum, fair news for Ron Paul and a disaster for the plummeting Newt Gingrich.

Romney has moved into a three point lead over Paul — 25 to 22 percent — which is a statistical tie when the margin of error is factored.  Santorum jumps to third with 16 percent and Gingrich continues his free-fall to 14 percent.

An early December poll showed Gingrich leading Romney 33 to 20 percent, Paul in third at 17 percent and Santorum well off the political radar at 5 percent.

Romney’s campaign took the news cautiously, continuing its strategy of keeping expectations low.  Paul’s campaign — which enthusiastically touts polls when they show their candidate in the lead — dismissed the CNN/Time survey as “meaningless,” because it questioned only Republicans while Iowans can change their registration at the door.

Santorum is gloating, saying the poll proves that people are starting to buy into his claim to the social conservatives who still haven’t made up their mind.

Gingrich, for a change, isn’t saying much.  He attacked Ron Paul Wednesday, saying the Libertarian Congressman’s views are “completely out of touch” with most Americans.

So what does it all mean?  Not much, because Iowa’s convoluted — and some might say outdated — caucus system often defies polls and pops out surprises.  It does show, however, that many potential potential Iowa caucus goers still haven’t made up their minds about the large and muddled field of GOP contenders.

“This is a race between Romney and Paul,” strategist Sharon Taft tells Capitol Hill Blue.  “A second for Romney is a win and if he takes New Hampshire as expected then he’s on the road to the nomination.  If Paul wins or comes in second, he’s still alive and remains an influence, particularly in South Carolina and Florida.”