The crowds arriving at FloydFest.

Call this a week that violates all claims of “living on Floyd time.”

Monday came with a trip down to Roanoke to cover a sentencing hearing in federal court — a hearing that explains a lot about what has been happening with one of our local businesses.  A visit to a short story on the online edition of The Floyd Press will explain more and even more details are coming in Thursday’s edition of the paper.

Then a quick ride back to Floyd with enough daylight left in the day to tackle a section of our three-and-a half acre front yard — most of it on a hill — with a riding lawn mower.  Hot weather has left most of the yard too parched to face the blade but a lower section along the creek at the lower section could be cut — and desperately needed it.

Tuesday morning dawns with a day covering Floyd County Circuit Court, which was expected to take up much of the morning and possibly part of the afternoon with a second jury trial in as many weeks but may now involve a plea bargain instead.

Circuit Court used to take about one day each month.  Then twice a month.  Now it is every Tuesday and sometimes a second day in the week.

Write the story in the afternoon for Thursday’s edition of The Floyd Press, which joins the one written Monday night about the federal court hearing, then head to the county administration building on Oxford Street for the second meeting of the month of the county Board of Supervisors, which should generate one or more good stories.

Wednesday brings the opening of FloydFest, the annual summer extravaganza that is now runs five days — through Sunday — just off the Blue Ridge Parkway, mostly in Patrick County and brings thousands to music and more.

By Sunday, I will have shot several thousand photographs, along with a few thousand minutes of video for use in next week’s Floyd Press, some television stations and other media outlets.  When it comes to an end on Sunday, the seven days that started on Monday will signal a busy week that violates all conceptions of laid back “country life.”

Next week brings an end to July.  August brings the Old Times Fiddler’s convention in Galax, the start of school by mid-month and then Labor Day weekend — the Hillsville gun show and flea market.

Where did the summer go?   Doing what I do and loving just about every minutes of it. 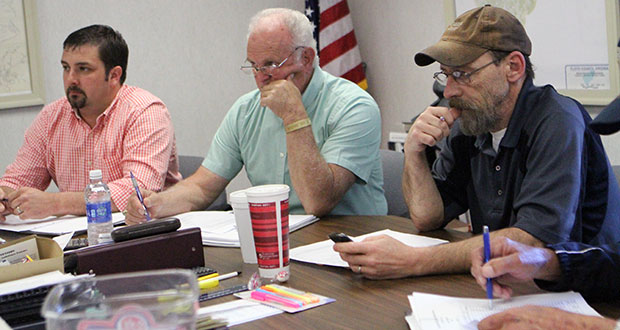