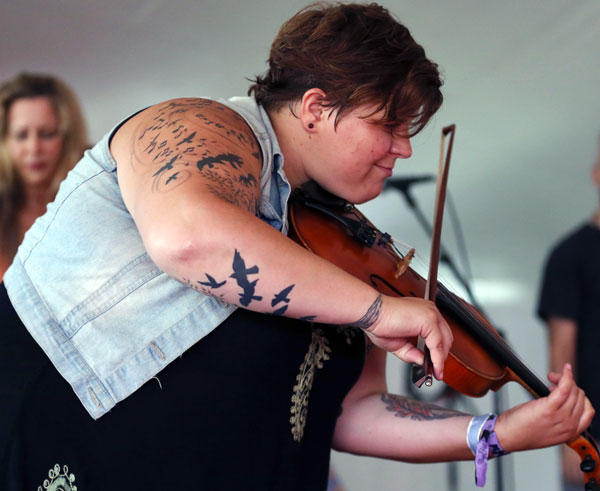 Delivering the music on the Speakeasy stage.

Rain continues to plague FloydFest 2017 as on-and-off storms came on Friday and the forecast for Saturday predicts showers in the afternoon and early evening.

Some attendees scrambled for cover when the water fell.  Others took it in stride as they danced and parties.

“Hey, it cooled down some and that helps,” says Jonnie Brook of Chicago as rainwater dripped off him as he watched music at the Hill Hollar stage.  “It’s just part of the fun.”

Forecasts originally predicted a break in the rain that began on Thursday afternoon with more expected for Friday but the wet stuff is forecast to start about 1:15 p.m. again on Saturday in the area that included the FloydFest site just off the Parkway at the Patrick and Floyd County line.

The fun continues and the weather does not appear to dampen the spirit. 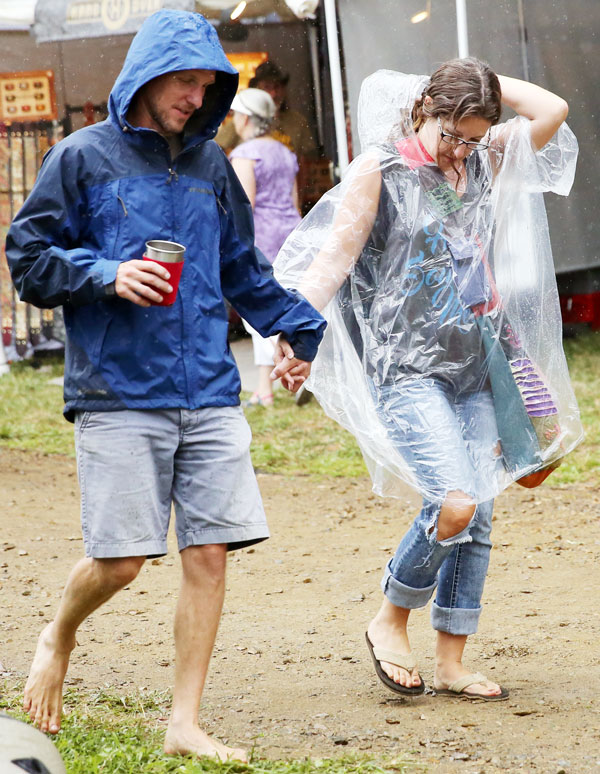 A couple heading for cover as the skies open up. 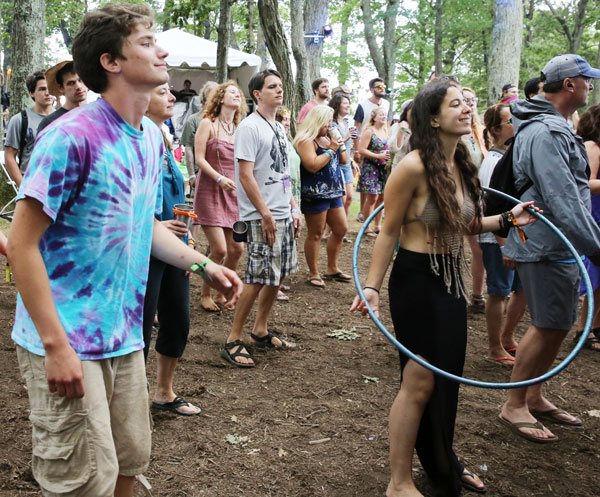 Dancing in the beer garden. 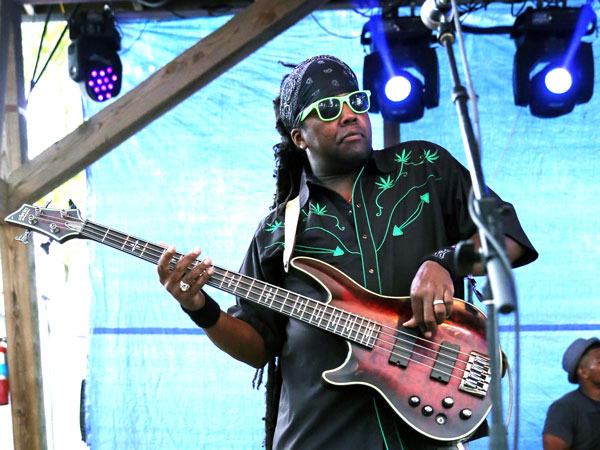 And the music plays on.