As our Democracy disintegrates, crime and corruption thrive 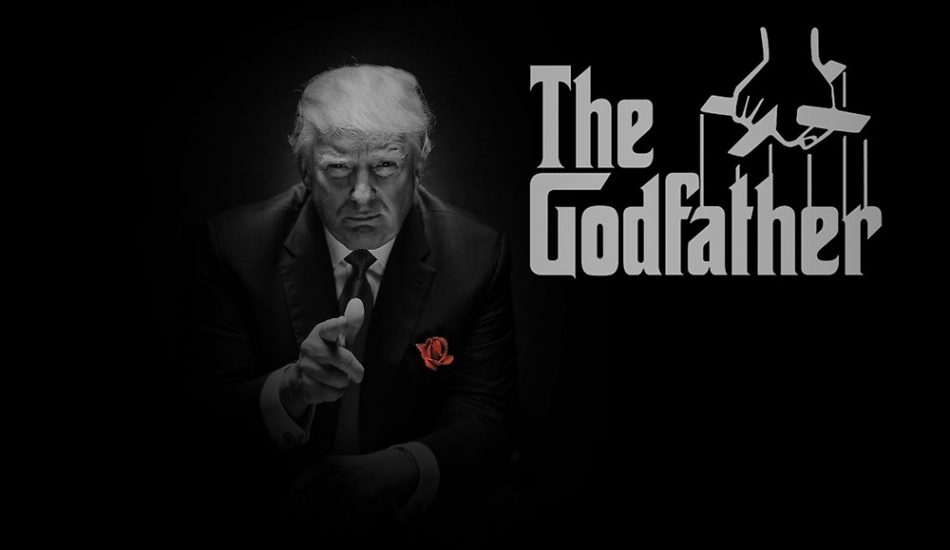 Corrupt American president Donald Trump, unleashed fully now by a Republican-controlled Senate that is culpable in his crimes against the nation continues on his mad march towards an autocratic government in what used to a free nation.

Columnist Eugene Robinson writes that American has become a “banana republic” under Trump.

Robinson warns about “the grave harm Trump is doing to our democratic institutions. Public faith in justice is a delicate, precious thing. Once squandered, it is incredibly hard to regain.”

That’s the kind of damage Trump is threatening with his outrageous and un-American attacks on the Justice Department and the federal judiciary for finding his cronies — including longtime political adviser Roger Stone, former national security adviser Michael Flynn and 2016 campaign chairman Paul Manafort — guilty of crimes and deserving of punishment.

This is not the sort of path I ever thought the United States could take. Our justice system obviously has flaws, starting with the way it disproportionately punishes people of color. But it has not been naive, at least in my lifetime, to believe that federal prosecutors and judges tried their very best not to let politics influence their decisions — and that they generally succeeded because they took their responsibilities seriously.

When four assistant U.S. attorneys asked to be taken off the Stone case, they were sounding an alarm. We must all pay attention.

Trump lap dog William Barr, the U.S. Attorney General who has sold out time and again to the criminality of a corrupt president, seemed like may have grown a spine this week when he lashed aback at Trump’s tweats and attacks against the Justice Department’s lawyers.

Trump’s tweats, Barr said, is making his job “impossible.” If true, he may try to put the law and justice ahead of the president’s whims but many, us included, believe this was a “sanctioned stunt” with Trump’s approval to give the federal criminal justice system and appearance of propriety that it does not deserve.

“[Absent] any substantive act of resisting political influence over the Justice Department, this is just theater meant to fabricate the appearance of independence. Since Barr is still doing whatever Trump tells him to do, it means nothing,” writes Adam Serwer in The Atlantic.

White House press secretary appears to confirm that belief: “The president wasn’t bothered by the comments at all.”

Now that Republicans have refused to do their duty out of extreme tribalism and devotion to Trump, Democrats need to make lists and take names. There is no time for crestfallen recriminations.

Republicans who have chosen party and despot over country and law must be made to pay at the ballot box in November. If a majority of the Senate cannot be expected or made to do the right thing, the Senate majority must be changed. It must be defeated.

Democrats: The only thing you have to fear is Trump himself.

You should be quaking. Our unhinged monarch had a very good week and your party had a very bad week — and that’s no B.S.

A lot of you told me, with expletives, that while you were watching President Trump’s carnival-barking this past week, you were thinking, “We’re going to freaking lose.”

What could be more flamboyantly offensive than the anti-bullying advocate, Melania, hanging a Presidential Medal of Freedom around the neck of one of the biggest bullies and hate preachers of all time, Rush Limbaugh? Talk about the bully pulpit.

What we see is Trump as his deadliest: A Mafia-style Godfather who seeks to build power by taking out his enemies.

With one difference. The mob always claimed it was never person. It was business.

With Trump, this crap is never business. It is purely personal.