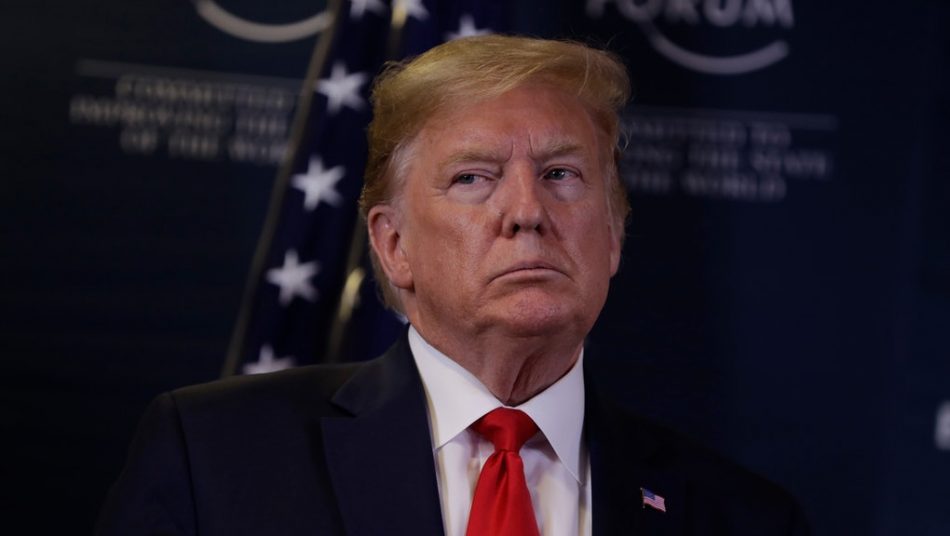 The tyranny of Trump: An all-too-real terror that threatens American and the world.

Today is Friday, the 13th, a day destined to become a disaster because of its date.

It’s also another day of the global pandemic of COVID-19 — the coronavirus that is spreading throughout the world.

And it’s just two days after what America saw was Donald Trump as he really is: A vapid, inhumane, egotistical cretin who has no capability to cope with the threat.

Forget mythology. Disregard paranoia. Ignore conspiracy theories.  This Friday the 13th is a real threat to us locally, the Old Dominion of Virginia, our nation and the world at large.

What we saw from the Oval Office Wednesday night was a haggard, failure of a president who struggled to read the lines of the speech crafted by his son-in-law, Jared Kushner and stumbled over several lines that were misrepresentations and outright lies to the American people.

Former White House adviser and speechwriter Ben Rhodes calls the speech “the moment people associate with the fact that Donald Trump failed the biggest test of his presidency.”

I think we’ll look back on this as a defining moment of the Trump presidency because it speaks to larger concerns that people already had about Trump — that he can’t tell the truth, that he doesn’t value expertise, that he doesn’t take the presidency seriously enough,

In a well-crafted analysis of the speech by Philp Rucker, Ashley Parker and John Dawsey in The Washington Post, the consensus was:

Trump’s 10-minute Oval Office address Wednesday night reflected not only his handling of the coronavirus crisis but, in some ways, much of his presidency. It was riddled with errors, nationalist and xenophobic in tone, limited in its empathy, and boastful of both his own decisions and the supremacy of the nation he leads.

They felt “his errors triggered a market meltdown, panicked travelers overseas and crystallized for his critics just how dangerously he has fumbled his management of the coronavirus.”

Futures for the Dow Jones industrial average fell in real time with virtually each word Trump uttered, signaling a lack of confidence among investors that he had control of the crisis and previewing another bloodbath once the markets opened Thursday morning.

Trump — who believed that by giving the speech he would appear in command and that his remarks would reassure financial markets and the country — was in “an unusually foul mood” and sounded at times “apoplectic” on Thursday as he watched stocks tumble and digested widespread criticism of his speech, according to a former senior administration official briefed on his private conversations.

Even Trump — a man practically allergic to admitting mistakes — knew he’d screwed up by declaring Wednesday night that his ban on travel from Europe would include cargo and trade, and acknowledged as much to aides in the Oval Office as soon as he’d finished speaking, according to one senior administration official and a second person, both with knowledge of the episode.

With the stock market in free fall, schools closing and universities telling students they might not be able to return to class after Spring break and a time when a single handshake can put a person in quarantine, this is an all-too-real Friday the 13th in a world under constant threat.

Paul Krugman of The New York Times weighs in:

Trump’s response has been worse than even his harshest critics could have imagined. He has treated a dire threat as a public relations problem, combining denial with frantic blame-shifting.

His administration has failed to deliver the most basic prerequisite of pandemic response, widespread testing to track the disease’s spread. He has failed to implement recommendations of public health experts, instead imposing pointless travel bans on foreigners when all indications are that the disease is already well established in the United States.

And his response to the economic fallout has veered between complacency and hysteria, with a strong admixture of cronyism.

This threat cannot be resolved with a snarky tweet.  America needs responsible adult leadership —  a commodity that has been missing from the White House for far too long.