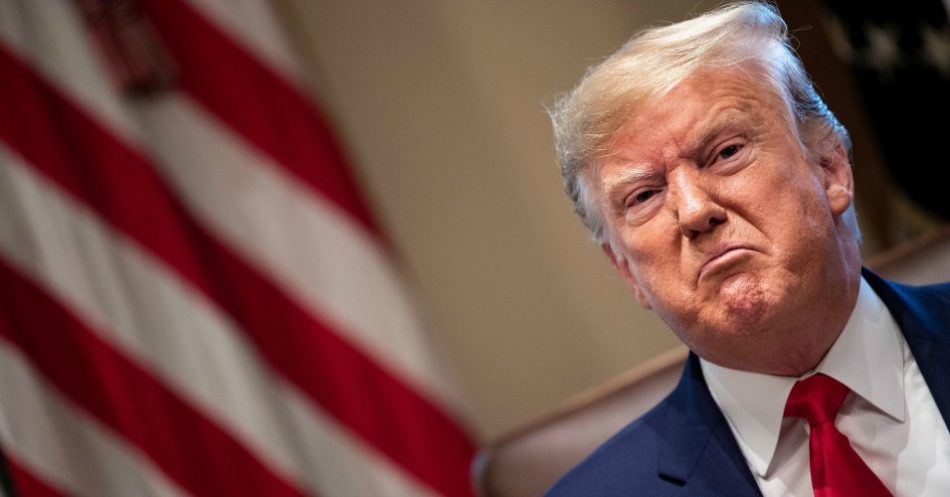 Donald Trump: Racism and hate drives him to be America’s failed example of leadership, hope and decency.

By encouraging protests against stay-at-home orders and lockdowns that keep businesses closed, Donald Trump is counting on America’s underlying racism to try to resurrect his failing re-election efforts.

“President Trump has chosen his pandemic re-election strategy. He is set on unifying and reinvigorating the groups that were crucial to his 2016 victory: racially resentful whites, evangelical Christians, gun activists, anti-vaxxers and wealthy conservatives,” writes columnist Thomas B. Edsall in the New York Times.

Ed Kilgore, echoing the same feelings in New York Magazine, notes: “the angry anti-government strain of right-wing political activity that broke out in the tea-party movement.”

Boston University political scientist Jeremy Menchik agrees. On Twitter, he notes: “These protests have something for everyone: small-business, concerns for the working class, anti-elitism for resentful rural whites, fetishism of guns for NRA, dislike of government for traditional conservatives. It’s a crosscutting issue even amid a pandemic.”

In other words, Trump hopes his true base of racist, Confederate flag raising extreme right-wingers can keep him in the White House in November.

Consider the words of Trump’s 2016 campaign co-chair in Oklahoma, Carol Hefner, who helped organize the anti-lockdown protests in Oklahoma City on April 15: “We’re not New York. their problems are not our problems.”

“As the administration continues to lie, flounder and fumble,” he says of Trump, “get ready for the noxious blend of Confederate flags, semiautomatic weaponry, conspiracy theorists, political cultists, extremists and nut jobs coming to a state Capitol near you.”

Schmidt sees the new round of protests as a ” 2020 incarnation” of the racist, homophobic Tea Party.

They will be stoked by Trump every step of the way as they help make the air fertile for his blame gaming, scapegoating, evasions of responsibility, populist fulminations and nationalist incitements. They will be on TV every night storming the battered ramparts of our politics and civics.

Naval War College professor Thomas M. Nichols, who left the Republican Party two years ago, says the protesters are “perfect for the Angry White Trumper: People in blue states, guided by the elites and know-it-alls they hate, stealing a march on them by being better and more civic-minded citizens than they are. So now it’s ‘fighting tyranny,’ because they’ve got nothing else.”

Michigan Economic Center director John Austin, a senior fellow at Brookings, calls the protests a resurgence of racial divisions in the heartland and says “COVID-19 is turning the Midwest’s long legacy of segregation deadly.”

The unexpected scale of the pandemic in Detroit and Chicago, and its pronounced impact on African-American communities in cities across the Midwest, lays bare a longstanding reality: The older industrial cities of the Midwest are home to America’s sharpest Black-white divides.

In Milwaukee County, black residents account for 27 percent of the local population, but 51 percent of confirmed Covid-19 cases and 57 percent of Covid-19 deaths.

Racially divided regions such as Detroit, Cleveland, and Milwaukee fed the rise of Donald Trump, with his scapegoating of people of color and nostalgic appeals to white working-class voters yearning for a return to the “good old days.”

In our state capital of Lansing, an April 15 rally ostensibly protesting social distancing measures was notable for its participants’ use of Trump and Confederate iconography.

Trump, warns Philadelphia columnist Will Bunch, will stoke the fires of racism without hesitation if he feels that is now his only path to re-election.

Right-wing special interests, like the billionaire family of Education Secretary Betsy DeVos, are terrified that the 22 million unemployed will demand a social welfare state.

These billionaires and millionaires, have zero moral qualms about working with some of the worst white-supremacists or neo-fascists in order to make sure a crowd turns out.

Trump has proven time and again he is a racist. He surrounds himself with those who feel people of color are inferior to the white race, and he welcomes the support of white supremacy groups that promote hate and violence.

At is core, America is a racist state but the nation’s demographics suggest it is minority core that needs to be put in its place. Those who believe otherwise have the power to vote he and his Nazi-like thugs out.

All they have to do is turn out and vote.