Donald Trump is a corrupt, immoral war criminal and murderer 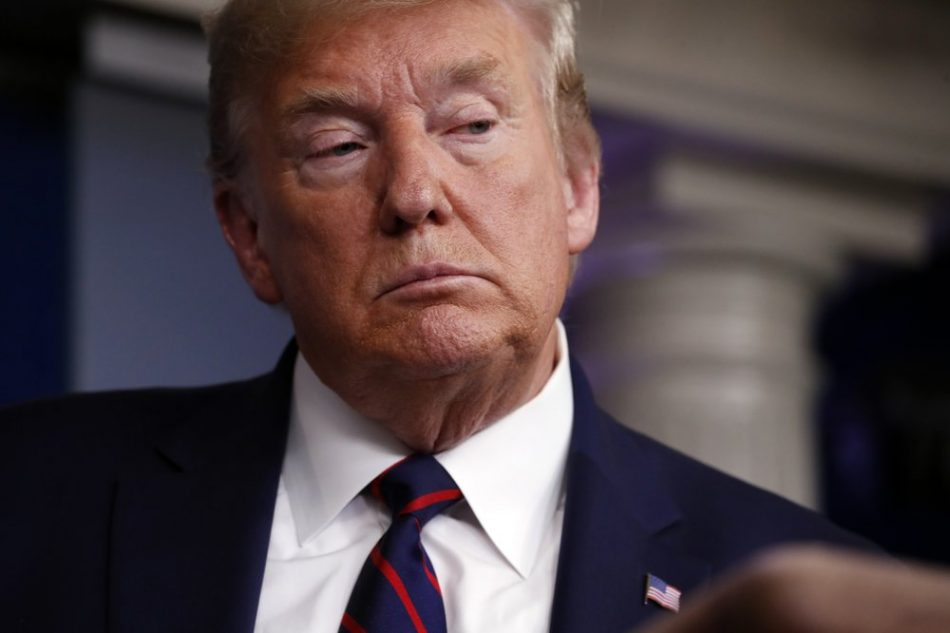 The increasingly erratic actions of America’s corrupt, childish and dishonest president is now, finally, worrying those who have let him turn America into a laughing stock around the world while his actions have killed Americans and allies.

Yes, we said, “killed.” Donald John Trump is a murderer of the very people he is sworn to protect.

His obsession with his re-election and unrelenting narcissism and contemptible failure to take quick action on the pandemic that now has infected more than three million worldwide with about a third of those in the United States and hundreds of thousands of deaths in 210 countries and 56,000+ at home should make him a war criminal.

And why not? Trump himself called this a war and said he is a president at war. The problem is that he is at war against Americans while he panders to murderous tyrants leading Russia, China, and Saudi Arabia.

He is completely unencumbered by the truth, the need to tell it or accept it. He will do and say anything that he believes will help him. He has no greater guiding principles. He is not bound by ethics or morals. His only alliances are to those who would support and further his devotion to self-promotion.

Don’t fall prey to false hope that defeating Trump will be easy, that his horrifically incompetent response to the coronavirus has doomed him. It hasn’t. Trump will fight with everything he has to the bitter end to stay in power. He will never admit any fault. He will lie and lie and lie and lie some more. And the people who support him will stick with him every step of the way.

I put nothing past Trump, absolutely nothing! And neither should you. Be prepared for Trump to do anything and everything to win re-election in November. A man who can dismiss a recording of his own voice bragging about assaulting women is capable of anything.

By acting like the Coronavirus was a petty liberal problem that was just an inconvenience to his idea of a despotic presidency, Trump concealed the real threats of the virus and rushed dangerous international travel to lands where infections were rampant.  He ignored necessary operations to prepare for pandemic whiles saying that “none of this is my fault.”

In the 2016 election campaign, Trump bragged that he could shoot someone down on Fifth Avenue in New York and still be elected president.

You know what else they say about my people? The polls, they say I have the most loyal people. Did you ever see that? Where I could stand in the middle of Fifth Avenue and shoot somebody and I wouldn’t lose any voters, okay? It’s like incredible.

Sadly, he wasn’t wrong. His also-corrupt attorney general says he can’t be prosecuted for anything while he is president. He, without even consulting our own military leaders, ordered an about withdrawal from the civil war in Syria, leading out allies there defenseless. Thousands died. He killed them with his actions.

“The implications were clear: American forces will not be coming to the aid of their Kurdish allies in the face of the Turkish-backed offensive,” wrote Julian Barnes and Eric Schmitt.

“At President Trump’s hands, American leadership has been laid low, and American foreign policy has become nothing more than a tool to advance his own interests,” said Rep. Eliot L. Engel, Democrat of New York and the chairman of the Foreign Affairs Committee, who introduced a bi-partisan in the House of Representatives condemning Trump. “Today we make clear that the Congress is a coequal branch of government and we want nothing to do with this disastrous policy.”

“Because of this decision and inaction that led up to this decision, we have let our friends down, we have hurt our national security and we have ceded leadership in the region to Russia and Iran,” said Rep. Will Hurd, Republican of Texas and a former C.I.A. officer who is retiring. “I hope we can change our course, but I fear it may be too late.”

“Too late” are two words one often hears now from both Democrats and Republicans, especially since he suggested injecting clorox and other toxic substances into people to fight the Coronavirus. That incredibly stupid and dangerous act brought quick warnings from the makers of such substances along with other medical experts.

“Trump represents an ongoing danger to the health and well-being of the American people,” writes Michael Cohen in the Boston Globe. “Calling for the resignation of a president who muses about the use of household cleaning products to fight a deadly virus is not a partisan exercise or a futile plea for political sanity — it’s common sense.”

He won’t resign, of course, so it will be up to the American electorate to remove him from office in the November presidential election.

That should be just the first step. The next should be arresting him and ship him off to the World Court to be tried as a murderous war criminal.

It’s the least of what this pathetic excuse for humanity and a murderer deserves.