Biden could be the victim of a sexual assault scam 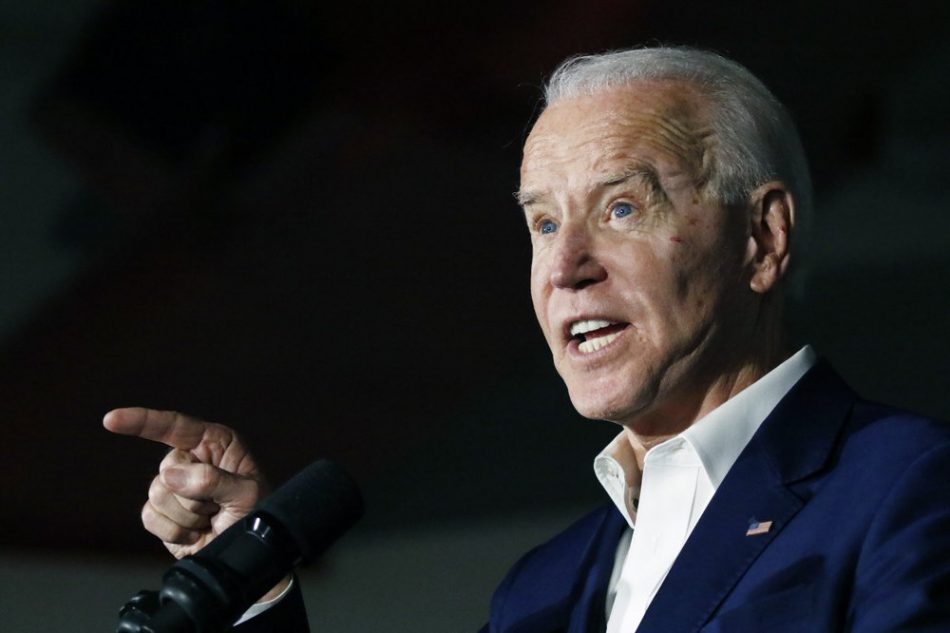 Former Vice President Joe Biden, the Democrats’ best hope to beat Donald Trump in the November presidential election in what could still be an election haunted by the COVID-19 Coronavirus pandemic, flatly denied a claimed sexual assault by Tara Reade, a staff member on his Senate staff in 1993.

Reade claims she filed a complaint but none has surfaced. Biden says he will ask the National Archives, which keeps records on his time in the Senate, to search to see if one actually exists.

“The former staffer has said she filed a complaint back in 1993,” Biden said. “But she does not have a record of this alleged complaint. “There is only one place a complaint of this kind could be – the National Archives.”

Reade’s stories about what she said happened with Biden have been inconsistent and often changing.

It’s ironic that Republicans are jumping all over the claim while they flatly accept the numerous denials to the multiple claims of sexual assault made by other women against Donald Trump, who was caught on audiotape bragging that some wanted to have sex with him and all he had to do was “grave their pussies” to fulfill their desires.

Trump has bragged about his conquests of women, admitted his adultery that needed his first two marriages. along with his seduction of current First Lady Melania Trump, a former topless nude model.

Those who worked with Biden over the years doubt that he assaulted Tara Reade They point out that other women had “come on to him” and he ignored their attentions. Others who knew Reade say they don’t believe her story. Perhaps, one said, she’s a tool now manipulated by Republicans. Most suspect a motive that has nothing to do with anything that involved sex or an assault.

Trump has a lengthy, amply documented and repulsive history of bad and assaultive conduct toward women. Indeed, he incriminated himself with his vulgar “Access Hollywood” remarks. The list of women who have alleged unwanted sexual comments, touching or worse by Trump is in the mid-20s.

By contrast, some women have complained that Biden’s hands-on style of personal interaction made them feel uncomfortable. Fair enough. But in nearly 50 years in public life, there has not been, before Reade, any similar allegation of sexual assault against Biden. In assessing the veracity of assault claims, such prior history, or the absence thereof, matters.

Biden also has a lengthy and admirable history of championing legislation to protect women against sexual violence and abuse.

Biden sat for a tough interview Friday without losing his cool. He was not angry or accusatory; he did not claim a conspiracy nor insult the accuser. He volunteered to open Senate papers (which he said are at the National Archives, not at the University of Delaware). In short, he did what an innocent person would do and say.

Unlike Republicans and now-Supreme Court Justice Brett M. Kavanaugh, who refused to allow a full investigation of charges, Biden has put no restrictions on media inquiries and has offered up relevant documents. (Republicans also refused to open up all documents relevant to Kavanaugh’s past White House work having nothing to do with Ford’s allegation.)

The power of Capitol Hill is an aphrodisiac to many who are drawn to work there. You don’t need to even be an elected politician to become a target for those who see sex as a way to get ahead.

In 1983, I became chief of staff to a newly elected member of Congress and was interviewing potential staff members for the office. One applicant walked in with a tight, short skirt, a blouse that revealed ample cleavage and said, upfront, that she “would do anything to work in this office.”

That raised my eyebrows along with my suspicions.

“Yes,” she said as she leaned forward to reveal more cleavage, “and I do mean anything.”

After asking a few questions and taking her resume, which listed her previous job as a legislative assistant an Indiana Congressman, I thanked her and watched her leave. To paraphrase a verse from the late Joe Diffie’s hit song, “Third Rock From the Sun,” she walked out of my office “one hip at a time.”

I had the intention of hiring her but, out of curiosity, I called the Congressman’s former chief of staff, who I had worked with at the National Republican Congressional Committee, and asked what he could tell me about her.

“Let me ask you this,” he said. “Did she say she would do anything to get the job?”

My friend has a reputation as a man who enjoyed the sexual attention of young, willing, women.

His assessment, I concluded, was the ultimate bad reference.