Trump’s ‘reality show’ has turned into a flop 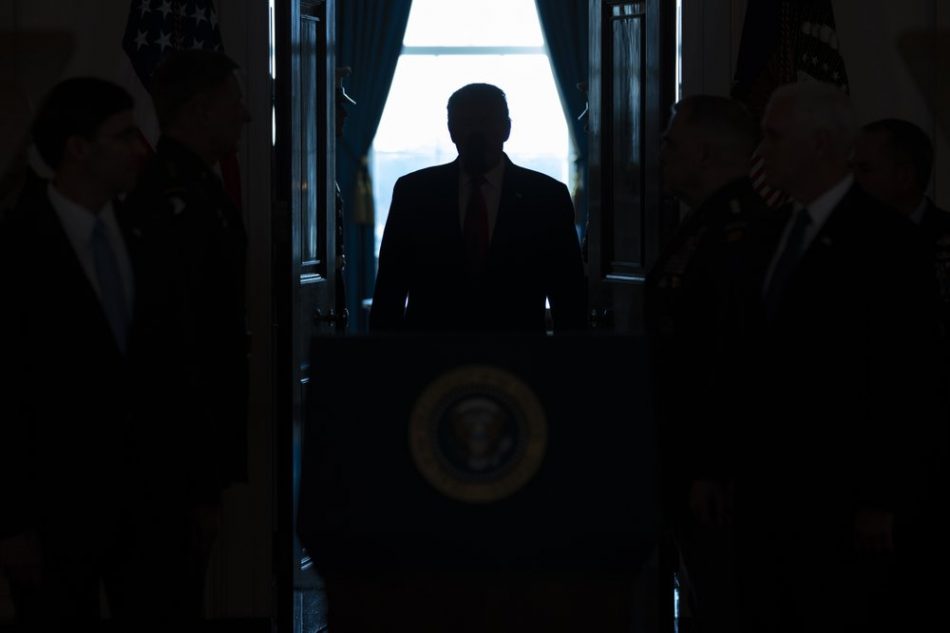 The sick, demented, pathetic excuse for a president who occupies the White House and adds more and more toxins into the political swamp he promised to drain, may have run out of his sick reality show routine.

Columnist Michael Gerson believes Trump’s arrogant ignorance has finally caught up with him.

But I get the sense that this was different. In the aftermath, Trump’s self-excusing lie —claiming he was engaged in sarcasm — was painful to behold. Then a president who had repeatedly bragged about his boffo television ratings during a national crisis — as though the death toll were providing him with good monologue material — was yanked from the daily briefing stage.

The difference this time was not the act in the foreground but rather the accompaniment. Behind Trump’s expected drama, a drum now beats for every lonely, quarantined death from covid-19. More than a thousand beats each day. The president tweets about a favorable poll. Beat. He refers to a prominent woman as a “dog.” Beat. He brags about a golf course he owns. Beat. He attacks one of his predecessors for urging national unity. Beat. He posts a video of Mike Tyson. Beat. He accuses another predecessor of organizing a treasonous deep-state conspiracy against him. Beat. He goes after the “Lamestream Media.” Beat. He throws his intelligence briefers under the bus on coronavirus warnings. Beat. He compares himself to Abraham Lincoln. Beat.

In light of the coronavirus threat, the Trump Show has become sickening and surreal. This is less a presidency than a failing Vegas variety act, trying to keep a dwindling audience with more cleavage and dirtier jokes. The president recently took the side of “very good people” carrying guns, swastikas and nooses in Michigan. But didn’t he already take the side of “very fine people” carrying guns and Confederate flags in 2017 in Charlottesville? Perhaps there is a list of diversionary tactics in the top drawer of the Resolute desk. Is it time to go after a black athlete or a black mayor or a black legislator? How about complaining of rigged elections and hinting at a third presidential term? Or is the moment right to attack Muslims or Mexican migrants?

We can hope, but hoping means that Trump’s misogynistic rants have talented the ignorant, bullying racists who make up much of his claimed “base.”  Are there enough informed Americans left who are willing to rid this nation of this demagogue?

Are they also ready to dump the equally corrupt Mitch McConnel from his perch as Senate Majority Leader — a title that, in his case — is contradictory.   McConnell is many things, most of them bad, but leader is not a term that can be ascribed to him. Neither is “patriotism.”

This is utter failure by any measure. A pandemic cannot be confronted by the patchwork policies of states, cities and counties. Those divisions mean nothing to the virus. We needed a national effort to provide tests. We need national standards and detailed guidance on economic reopening — not the vague, dumbed-down version the administration dumped on the states. We need federal support, guidance and monitoring to ensure that contact tracing is done well.

Therein lies the problem. Nothing about Trump can be described as “done well.” He is a failed businessman who drove most of his companies into bankruptcy, defrauded investors, and so many others who, incredibly, bought into his schtick.

He loots the U.S. Treasury by billing use of his hotels and resorts at rates higher than charged to others, for things that he, himself, should be paying for.

“And what does our president do?” asks Gerson. “He struts and frets and dissembles and whines and mugs to his audience.”

An expert on epidemiology summed up Trump’s act this way: “It makes what the U.S. is doing look like a kindergarten homework assignment. Appalling. Just appalling.”