Want to save America? Dump Trump 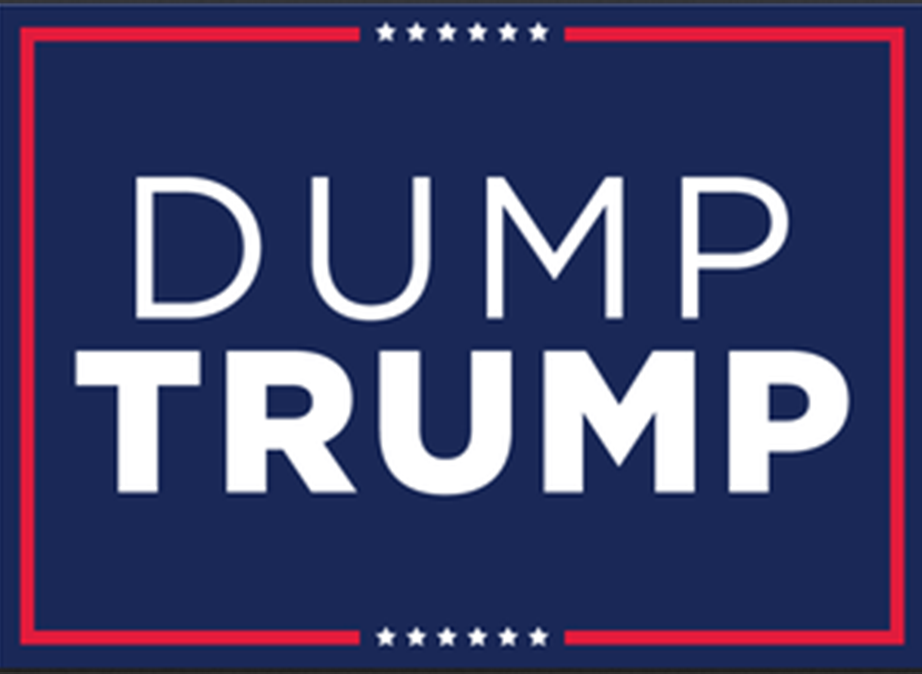 An increasing number of public opinion polls show more and more Americans are fed up with the childish and dangerous shenanigans of Donald Trump and want him drowned in his own septic sewer.

The self-declared emperor of America is falling in favor faster than he can lie about his declining prospects for re-election.

In the latest Monmouth poll on Trump’s handling of the pandemic, “42% say he has done a good job and 51% say he has done a bad job. His prior ratings on handling the outbreak were 46% good job to 49% bad job in April and a positive 50% good job to 45% bad job rating in March.” The pollsters found that “the overall trendline suggests that the public is growing less satisfied with Trump’s response to the pandemic.” Not unexpectedly, as the deaths increase and Trump’s lies and crackpot conspiracy theories contradict Americans’ nightmarish experience, they are less and less enamored of him. (A plurality say his advice is unhelpful, and 55 percent say he has been inconsistent.)

The voters are at odds with Trump on the most fundamental question, namely whether to prioritize health or the economy. Among voters, 63 percent are concerned about opening up business too soon (consistent with other recent polls) and 54 percent think the federal government is not doing enough.

In an obscenity-laden rant against his campaign manager, Trump admitted that he doesn’t give a damn about the thousands of Americans who died because of his inept, corrupt, and criminal actions as president. All that matters are his re-election and more ways to milk the United States Treasury to pad his own bank accounts.

Campaign manager Brad Parscale had earlier briefed Trump on how he was losing in polls in the battleground states he won n 2016 and is even dropping in Florida, even with a lick spittle governor who genuflects before him and kisses his ass repeatedly.

Trump’s response? A lot of obscenities and a threat to sue his campaign manager for delivering bad news, even if it is the truth.

The original idea was that Trump would win reelection in spite of that enormous betrayal. He would coast on the good economy he largely inherited, and falsely give his policies credit for it, thus obscuring their true plutocratic nature, paving the way for more plutocracy to come.

But the coronavirus has reduced those designs to smoldering ruins,

The new ad from the Lincoln Project captures this in extremely stark and vivid terms:

Because of the popularity of this video, it may say it is not available at this time. Please refresh your browser and it should appear.

As we learned early on, truth is immaterial to Trump, the man who has uttered more than 18,000 lies in a first presidential term that even isn’t over. He invents fake statistics to claim the polls are wrong, blames people who tried to save his sorry ass and proves over and over again that he is nothing more than a sick, wannabe bully with the mind and IQ of a nasty child.

Even white evangelical Christians, who overlooked his womanizing, lies and immorality because he said he would get abortion outlawed, are saying they, too, are fed up.

Trump’s approval ratings among the Bible-thumpers has never reached 50 percent but has now dropped by double digits from his onetime high of 49  percent, especially in areas hardest hit by the COVID-19 Coronavirus.

White Christians in counties that have recorded higher than average coronavirus cases are 13 percent less likely to rate Trump favorably than their counterparts in overwhelmingly rural counties which saw fewer effects.

It couldn’t happen to a more deserving con man and morally bankrupt disaster.

Let Donald Johh Trump sink in the toxic swamp he has fostered and made even worse in Washington, DC.

It’s the only thing this miscreant deserves.