Trump is a fraud and serial liar. Ignore him. 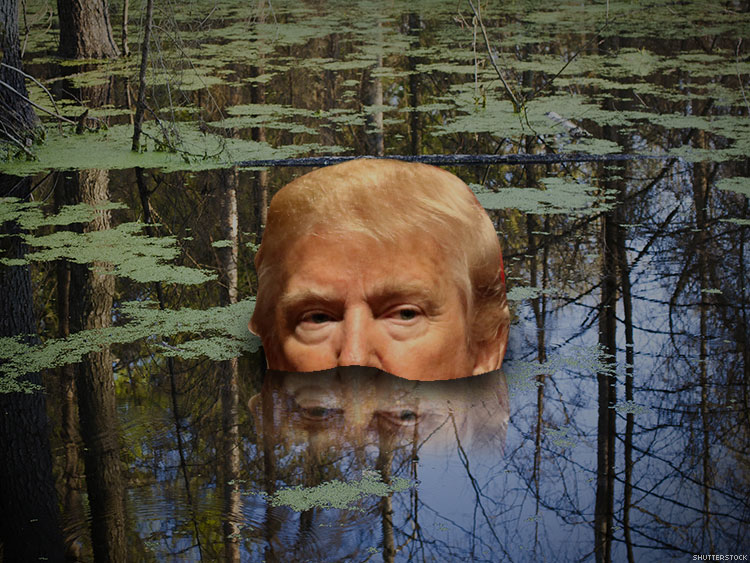 It’s time for us in the media to stop wasting time listening to Donald Trump or waste time chasing down hid baseless allegations.

Why? Because Trump is a serial liar, a hideous creature of disinformation, fraud and hype.

Day after day, he fills the air with the ack-ack of disinformation and misdirection, needlessly alarming the public and sending reporters on wild goose chases to either confirm or disprove his allegations. On Thursday, in an interview with Fox Business’ Maria Bartiromo, Trump repeated his newest figment that Joe Biden and Barack Obama are guilty of some unnamed crimes for which they are deserving of “50-year sentences.”

Strong meat! The heinous crimes—to which he has applied the “Obamagate” moniker and calls “the biggest political crime and scandal in the history of the USA, by FAR”—is a relatively new creation of the Trump Disinformation Laboratory. He only started talking about it on May 10 and has yet to specify exactly what Obamagate is aside from telling reporters in a press conference that it’s “obvious” and that he wants Sen. Lindsey Graham, R-S.C., to investigate it.

Despite a lack of interest from his minions in Congress (Graham has said he has no plans to grill Obama), Trump’s foggy demagoguery has mobilized the entire press corps to determine what the hell Trump is talking about.

Why must we fetch every bone that Trump hurls into the high, prickly brush? Well, he’s the president, and he wouldn’t make such an extreme charge if it weren’t true, would he? But he does, and he does all the time. This tidy list from Business Insider demonstrates his historic capacity for making baseless but grotesque claims of criminality and deception: implicating Ted Cruz’s father in the Kennedy assassination; claiming that Obama wasn’t born in the United States; surmising that Justice Antonin Scalia did not die of natural causes; accusing Joe Scarborough of complicity in the death of an intern; asserting massive voter fraud in the 2016 presidential election; saying windmills cause cancer; connecting the Clintons to Jeffrey Epstein’s death; and the Bidens-in-Ukraine baloney.

Donald Trump is a liar, a con man who uses false information for his own nefarious purposes and doesn’t give a rat’s ass out his oath of office or the nation.

The Trump people are going to unleash a blizzard of bullshit, including selective releases and declassifications and leaks, and if the media chases every one of these as bombshell, they’re going to end up being a functioning arm of the Trump campaign.

Trump has achieved something no president before him has. By his own energies, he has forfeited the automatic right to our investigative attention. Feel free to listen to his indictments, but don’t be a dupe. Use just one ear.

Amen. I’ve been covering presidents for more than a half century and those 50+ years convince me that Trump is a despotic phony who has pushed dishonesty to insanely hight levels of government. He lies, he cheats, he commits fraud as a matter of course.

He is a freak of nature and should be treated as the fraud he is.