Of course, Trump is lying about taking hydroxychloroquine 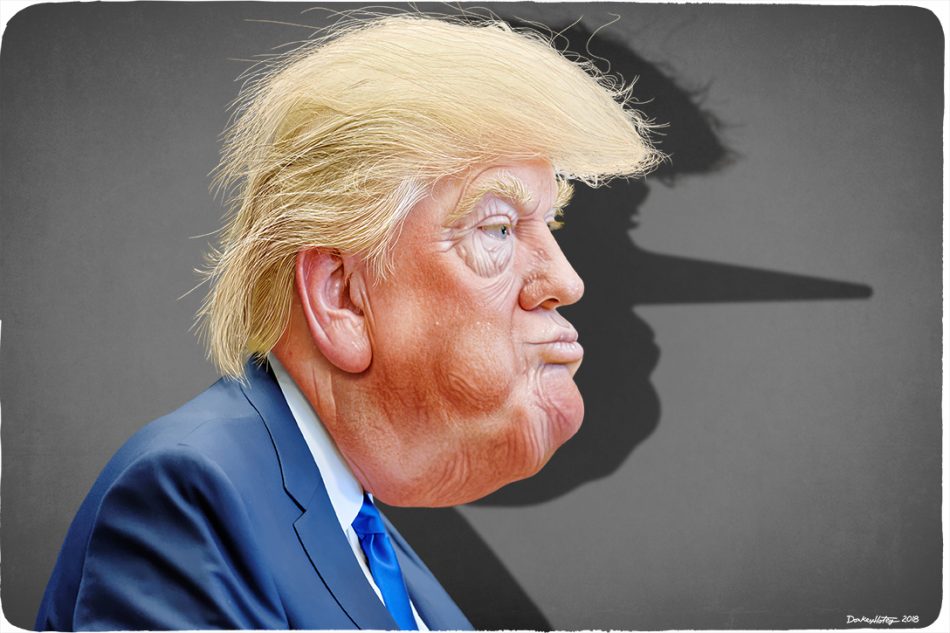 About a month ago, Donald Trump told America that he would be surprised if the Coronavirus pandemic resulted in any more than 50,000 deaths nationwide.

The toll passed 90,000 Tuesday and will be more than 100,000 before Memorial Day next week, true health experts predict.

Accuracy, we learned long ago, is not a part of the modus operandi of America’s scandal-scarred presidency. Neither is the truth.

Trump now claims he is taking a drug used to combat malaria because he feels it will protect him from contracting the COVID-19 Coronavirus that has infected staff and officials at the White House, Congress, and a lot of other people in our nation’s capital.

Most pundits don’t believe he is actually taken the drug, which is considered deadly for someone his age who is also grossly overweight, like him.

Trump is trying to persuade Americans to believe hydroxychloroquine is safe, only he’s doing so without genuinely confirming that he himself is taking it.

Indeed, it’s plausible that he is not.

His own doctor has yet to say whether Trump is actually taking the drug.

Trump might not actually be taking the drug himself. Trump’s doctor released a letter that said only that the two men had discussed the matter and had “concluded the potential benefit from treatment outweighed the relative risks,” without saying whether he has prescribed it to the president.

Jennifer Senior of The New York Times is even more skeptical:

The president says he’s spent the last week and a half enjoying his hydroxychloroquine, presumably neat. It’s impossible to say whether it’s true; as doctors on Twitter were quick to note, Sean Conley, the White House physician, said in a memo that he discussed the drug with Trump, not prescribed it, though together he and the president concluded it was worth the risk.

But if you take the president at his word — something I admittedly almost never do, but let’s just say — it does make perfect sense. In Donald Trump, you have the patient perfect storm: a science denier, a devotee of medical quackery, and — above all else, I cannot emphasize this part enough — a powerful and narcissistic celebrity. This is what happens when your rich and famous V.I.P. client (think Michael Jackson, but with nuclear codes) also has a nutty perspective on medicine and an even nuttier one on facts. You get a statin-taking, extravagantly overweight man demanding a drug that increases the risk of a heart attack.

So now consider the case of Donald Trump. He is already a germaphobe. He has no grasp of science, singing the praises of bleach elixirs for covid-19. He rejects or cherry-picks his facts, at best viewing them through a political prism: He said the data showing the hazards of hydroxychloroquine came from his detractors — “it was a Trump enemy statement” — when in fact they came from his own Food and Drug Administration. To bolster his case, Trump’s campaign manager, Brad Parscale, tweeted an endorsement of the drug by the Association of American Physicians and Surgeons.

It sounds like an unbiased professional organization. The name is deceptive. It is decidedly partisan. It opposes abortion. It opposes Obamacare. It opposes, of all things, mandatory vaccines.

Until 2019, Trump himself recycled the dangerous canard that vaccines were linked to autism, only recanting his views after a measles outbreak.

Like others, I automatically consider just about everything Trump says as a lie. Fact-Checking services have proven he has lied more than 18,000 times in public statements and Twitter tweets.

Even Neil Cavuto of Fox News, the propaganda arm of Trump and his fantasies, warns listeners that if they listen to Trump and take the anti-malaria drug: “I cannot stress enough: This will kill you. This is a leap that should not be taken casually by those watching at home.”

That set off Trump, who fired back: “FoxNews is no longer the same. We miss the great Roger Ailes. You have more anti-Trump people, by far than ever before. Looking for a new outlet!”