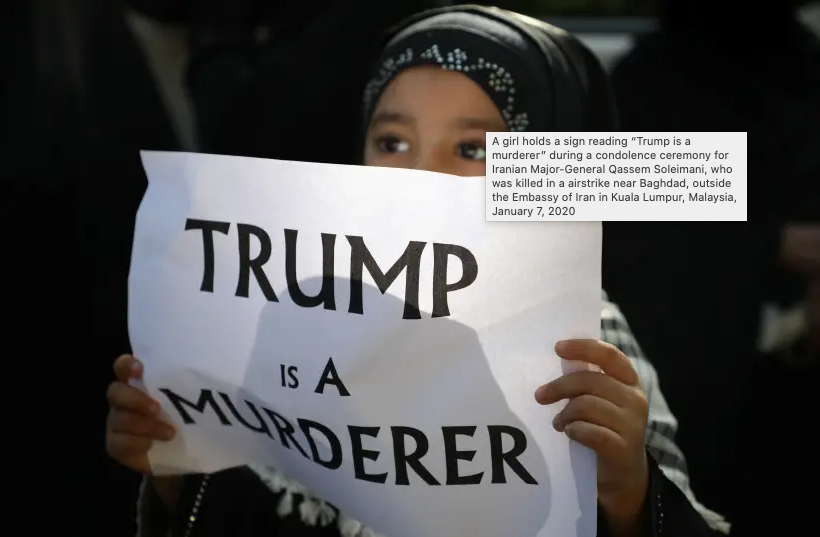 From the mouths of children. (Reuters)

A new report from Columbia Univesity says at least 36,000 lives could have been saved in social distracting had been in place in the United States just a week earlier.

This disturbing news comes as America’s death toll is expected to top 100,000 before the end of May.

New research from Columbia University epidemiologists offered one possible answer on Wednesday. If the same kind of social distancing had been in place seven days earlier, their study found, the United States could have prevented 36,000 deaths through early May — about 40 percent of fatalities reported to date.

“If you don’t take steps to fight the growth rate aggressively, you get much worse consequences,” Jeffrey Shaman, an environmental health sciences professor who led the study, Post.

Since much of the delays in implementing needed actions to prevent the spread of the COVID-19 coronavirus comes from the inactions of inept president Donald Trump, it could easily be said he killed those people.

The National Debt Clock hangs above New York City’s Avenue of the Americas as a persistent reminder of a clear message: The United States is recklessly living beyond its means, and this will have grave future consequences. In the same symbolic spirit, it is time for the establishment of a national “death clock” to measure the cost in human lives of President Trump and his team’s reckless handling of the coronavirus pandemic.

Reports show that as early as January, the president was advised by both his own experts and the intelligence services of the need for urgent mitigation measures against the spread of the virus. Instead, he engaged in petty political feuds and Pollyannaish predictions minimizing its significance. Finally, on March 16, he reversed his previously dismissive stance and announced “new guidelines for every American to follow.”

This suffering cannot be forgotten. As of today, tens of thousands of Americans have lost their lives as a consequence of the administration’s failure to act sooner, so it’s no wonder the president excoriates reporters who ask him why he waited so long to implement the guidelines. Trump’s fallback when he is under scrutiny is to deflect, attack, and distract. But will this work when his decisions have led to a loss of American lives? How will the President be held responsible?

How indeed? The record clearly shows Trump’s inaction killed those thousands. Does that not make him a murderer?

“A crime against humanity.” Richard Horton, the editor of The Lancet, spoke for many when he condemned the decision by President Trump to cut US funding to the World Health Organization, in the midst of a pandemic that has infected an estimated 2 million people, more than 137,000 of whom have died. Trump’s disdain for international agreements is well known. In 2017 he pulled the United States out of UNESCO and the Paris climate accord. The following year he withdrew from the Iran nuclear deal. These departures take the United States even further outside the international system. It is already missing from the list of countries that have ratified some of the most important international agreements, including conventions on torture, discrimination against women, rights of the child, and landmines.

Until now, world leaders have adhered to diplomatic protocol, avoiding anything but the mildest public criticism of this notoriously sensitive president. Their true feelings are only revealed when their private conversations are accidentally overheard. This time it’s different. Simon Coveney, the foreign minister of Ireland, a country with exceptionally close ties with the United States, described Trump’s decision to cut funds to WHO as an “indefensible decision, in midst of global pandemic. So many vulnerable populations rely on WHO – deliberately undermining funding and trust now is shocking.” Heiko Maas, the German foreign minister was slightly more restrained, tweeting that: “Blaming does not help. The virus knows no borders”. In the UK, however, where ministers are still hoping for a post-Brexit trade deal, a Downing Street spokesman rejected an invitation to join the condemnation, although they did voice support for the WHO.

Bottom line: Donald Trump is a murderer, not only of Americans but also citizens of the world.

Time to do something about this criminal.