Trump: A lying narcissist with no conscience or soul 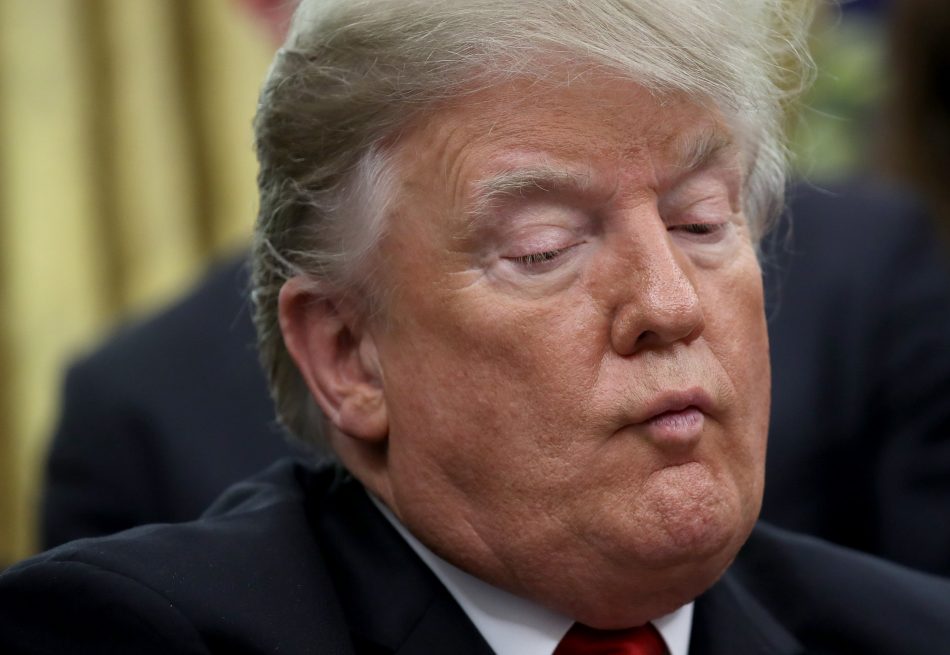 In discussions about the incredible ineptness of Donald Trump and his failed presidency, a lot of talk deals with his incredible narcissism, driven by a massive ego that far surpasses that of any man who has held the office in our history.

But, argues George Conway, the Republican lawyer and husband of Trump strategic advisor Kellyanne Conway, is only part of the problem with Trump.

But it’s more than just narcissism that drives this failing, flailing president. However difficult they can be, even extreme narcissists can have consciences. They don’t necessarily cast aside behavioral standards or laws, or lie ceaselessly with reckless abandon. Trump’s behavior is conscienceless, showing utter disregard for the safety of others, consistent irresponsibility, callousness, cynicism and disrespect of other human beings. Contempt for truth and honesty, and for norms, rules and laws. A complete inability to feel remorse, or guilt. As a New Yorker profile of Trump put it nearly a quarter-century ago, Trump lives “an existence unmolested by the rumbling of a soul.” That’s Donald Trump’s problem yesterday, today and tomorrow.

It’s our problem, too, for now: We remain governed by a soulless man with a broken mind. The damage will continue, and it won’t stop until voters end it. Come November, it will be up to the eligible human population of this country to look to their souls, their consciences, their humanity — and to cast their votes for one of their own.

“Lying is second nature to him,” “Art of the Deal” ghostwriter Tony Schwartz said. “More than anyone else I have ever met, Trump has the ability to convince himself that whatever he is saying at any given moment is true, or sort of true, or at least ought to be true. He lied strategically. He had a complete lack of conscience about it.”

There it is again. “Lack of conscience.” As Conway says, Trump has no conscience. The New Yorker wrote he lives “an existence unmolested by a soul.”

“I play to people’s fantasies,” Trump says in “The Art of The Deal. “People want to believe that something is the biggest and the greatest and the most spectacular. I call it truthful hyperbole. It’s an innocent form of exaggeration—and it’s a very effective form of promotion.”

Schwartz, who actually wrote that line, now calls it garbage.

“Deceit,” he told New Yorker writer Jane Mayer, “is never innocent. ‘Truthful hyperbole’ is a contradiction in terms. It’s a way of saying, ‘It’s a lie, but who cares?’ ”

Trump doesn’t care. Lying is his way of never admitting a mistake.

The pace and frequency of Trump’s falsehoods can feel mind-numbing — and many Americans appear to have tuned out the torrent of presidential misstatements.

Former Congressional Rep. Mark Stanford tried to challenge Trump in the GOP primaries this year, a move that failed quickly, but the also former Republican governor of South Carolina says Trump is “treading on very thin ice: and is meeting with other Republican to discuss what they can do about the terror in their midst.

Another Republican, John B. Bellinger III, worked in the National Security Council and State Department when George W. Bush was president, and is  working with other angry Republicans to actually endorse former vice president Joe Biden, the presumed Democratic nominee, in this year’s election.

Some point to the pointed remarks about Trump’s incompetence and failures by former Defense Secretary Jim Mattis.

“It laid the cornerstone of fighting back against Trump,” says former GOP Senator John W. Warner of Virginia, who also served as Navy Secretary.