Donald Trump is an overt racist: Proven time and again 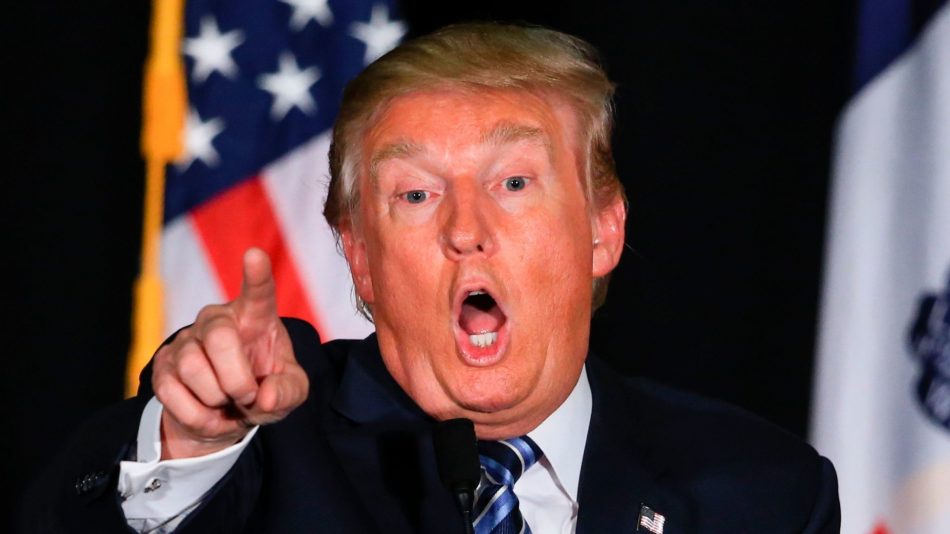 Donald Trump: “You are calling me racist? Go back to your shithole African home!”

“Donald Trump is a racist,” Rodney Hurst says. “I don’t think it requires any real insight to know who and what Donald Trump is.”

He’s right, but let’s remember that insight is a lost trait of both Trump and his shrinking base.

Hurst was 16 when men of hate handed out free ax handles in Hemming Park in Jacksonville, FL, and they became a mob that began beating black demonstrators on Aug. 27, 1960.

“That was a bloody event,” Hurst says. “They were swinging at and beating any black person downtown. The kind of evil I saw then, I see now. It’s no different.”

Now is 61 years later and the protest over the murder of a black man by Minneapolis police shows how racism still thrives.

We thought we would not see any of this anymore, that things would begin to heal, that our community would heal, that people would begin to treat others the way they wanted to be treated. Unfortunately, it just hasn’t worked out that way just yet.

Yates was one of the men beaten that day in Jacksonville by the white racist mob.

Hurst is not alone in seeing Trump as a racist.

Reports Emily Swanson and Russell Contreras of the Associated Press:

Fifty-seven percent of all adults, including more than 8 in 10 blacks, three-quarters of Hispanics and nearly half of whites, said they think Trump is racist. Eighty-five percent of Democrats consider Trump racist, but just 21 percent of Republicans agree.

The results show a stark divide on racial issues gripping the country during the presidency of Trump, who has made divisive comments after a white nationalist rally, called African nations “shitholes,” and promised to build a wall along the Mexican border to prevent immigrants from entering the country illegally.

It should not surprise anyone with an IQ above that of an average plant that only 21 percent of Republicans think Trump is racist. Many of them are racists themselves.

As a Republican operative working out of Washington, DC, in the 1080s, I saw racism running rampant within the GOP. It was a primary reason for walking away from them in 1987. They paid me well but i could not stomach their racism, bigotry, homophobia and hate.

“No, no. I am not a racist.” Trump tells reporters: “I am the least racist person you have ever interviewed. That I can tell you.”

Fact checking services have documented more than 19,000 lies Trump has told during his still uncompleted presidential term. Who in the hell is going to believe a lying con man like him when he claims he is not racist? His record says he is one of the worst bigots in the American presidential history?

With part of the GOP presidential nominating convention moving to Jacksonville after Charlotte refused to put Trump’s vanity before heath concerns from the COVID-19 coronavirus pandemic, the Republicans have scheduled his acceptance speech of renomination for a second term on the anniversary of Ax Handle Saturday.

An accident? No way. Trump is also planning his first rally since the pandemic shut down such appearances more than two months ago, in Tulsa on the anniversary of the end of slavery.

Says Sen. Kamala Harris of California: “This isn’t just a wink to white supremacists — he’s throwing them a welcome home party,” Harris, wrote on Twitter. Rep. Karen Boss, chair of the Congressional Black Caucus calls having a rally on that date “a slap in the face to black people.”

“It is overt racism from the highest office in the land,” says Rep. Al Green.

What else can we expect from a wannabe dictator and clearly defined racist.