America must face racism and destroy it forever 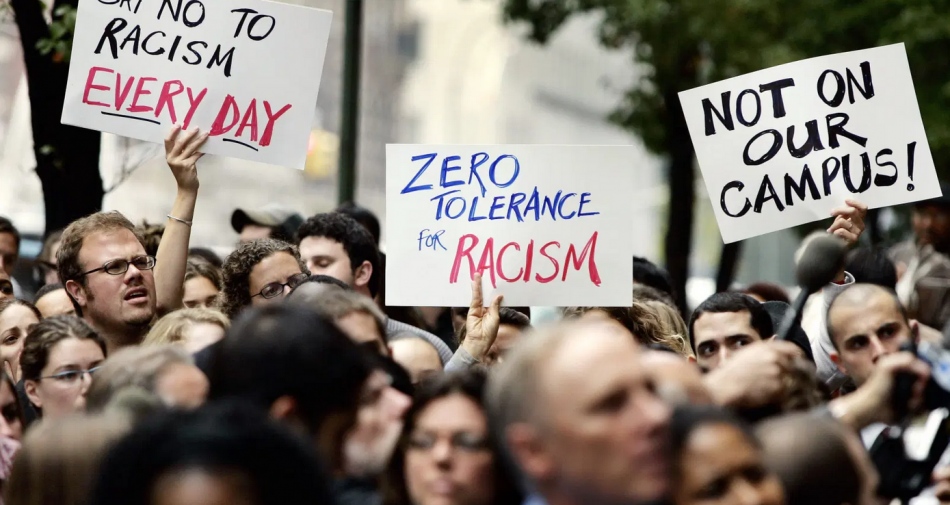 Brian Lowery, professor of organizational behavior and senior associate dean at Stanford University’s Graduate School of Business, says he knows all too well what it means to be black in America.

After my family moved to a new neighborhood in Chicago, a group of white kids tried to blow up our car by sticking a rag in the gas tank and lighting it on fire.

That is my first memory of what it means to be black in this country. Here is a limited selection of lowlights:

During middle school, as I rode my bike along the street, someone drove by and yelled “n—–.” The car turned around and then tried to knock me off my bike, throwing open a door as it sped past.

During high school, as I sat in my car waiting for a friend, police officers approached with their hands on their guns and demanded that I get out. After I calmly stepped out, they pushed me against the car and asked to search my pockets. I refused, not because I had anything to hide — I didn’t drink and avoided drugs — but because I was outraged at the affront to my dignity. The police impounded my car, arrested me, told me I would amount to nothing and locked me in a holding cell for about 12 hours. Still, I know it could have been worse.

After college, during a recruiting visit to a PhD program at Stanford University, someone called the police to investigate as I went to enter the apartment I had been lent for the visit. I decided not to attend Stanford, though a different department at Stanford later hired me, and I have risen through the ranks to become a chaired professor and a senior associate dean.

A couple of years ago, I had to pay to have that arrest expunged from my record to get an international visa. For me, this was a minor, yet infuriating, inconvenience. But under different circumstances it could have been a major life impediment.

As a white man (well, beige actually since I have Seminole blood running through my veins), I cannot begin to fully understand the fear and pain that too many African Americans face in this “land of the free and home of the brave.” I began to recognize it, though, as an elementary student in Prince Edward County, Virginia, when the racist school board and supervisors shut down the public schools in 1959 to avoid a federal court order to integrate and opened an all-white “private” school, using tax money.

One night, I crawled through the woods and hid among the brush and trees to capture a photo of a meeting of the Klan in the county and sold it, along with a story, to a newspaper. I was 11 and it was my first published news photo and story.

At 17, as the youngest full-time reporter at The Roanoke Times, I covered meetings of the Klan in Franklin and Patrick counties in Virginia and blanched at the rabid racism and hate.

During my time as a newspaperman, I covered racism throughout the country and into this century on the streets of our nation’s capital. During a short, and stupid, sabbatical from journalism, I saw it firsthand as a political operative for the Republican Party. That racism drove my decision to walk away and return to reporting on this nation’s continued racism.

Next week, the oldest nationally celebrated commemoration of the purported end of slavery in America, is celebrated on June 19, referred to Juneteenth. While June 19th, 1865, is the “official” day that slavery ended, the racism and bigotry continues in America today with the most racist president in modern history, Donald Trump, occupying 1600 Pennsylvania Avenue in Washington, DC.

“The most racist president in modern history revels in violence,” reads the headline of a column by Colbert King in The Washington Post last.

Trump’s love for the use of force was also revealed this week at a roundtable on policing and race in Dallas. He used the occasion to describe the use of tear gas and other force against protesters in Minneapolis as a “beautiful scene.” As for the National Guard’s moves against the crowd? It was, gushed Trump, “like a knife cutting butter.”

That is the same reason Trump caters to the Old Confederacy. “My administration will not even consider the renaming” of military facilities named for Confederate military figures, Trump declared in a stout defense of Confederate generals who betrayed the United States and fought on behalf of preserving slavery.

Sadly, Trump’s racism reflects the bigotry and anger that still exists in America today. We can get rid of him in the presidential election in November, but we have much more to do purge the white supremacists and nationalists who remain.

Professor Lowery closes out his excellent and thought-provoking OpEd column with a challenge to us, the whites who have not done enough:

The question going forward is whether people suppress the desire to deny this problem or distance themselves from it. The forces that created the monsters so many now decry also help to generate white privileges. Talk alone will not dismantle a system that has torn at all Americans — body, mind and soul — since this country’s inception. It’s time to educate friends and family, and demand more of leaders. It is time to be more than a cheerleader or ally and find ways to make permanent change.

This will not be easy. The price of justice — the loss of privilege — will be a painful shock. But the privileges of dominance come at a steep moral and psychological price for whites and cause others significant harm. As Frederick Douglass said, without struggle, there is no progress. Let’s struggle together for our collective soul.