Trump: Out for himself while no one else matters 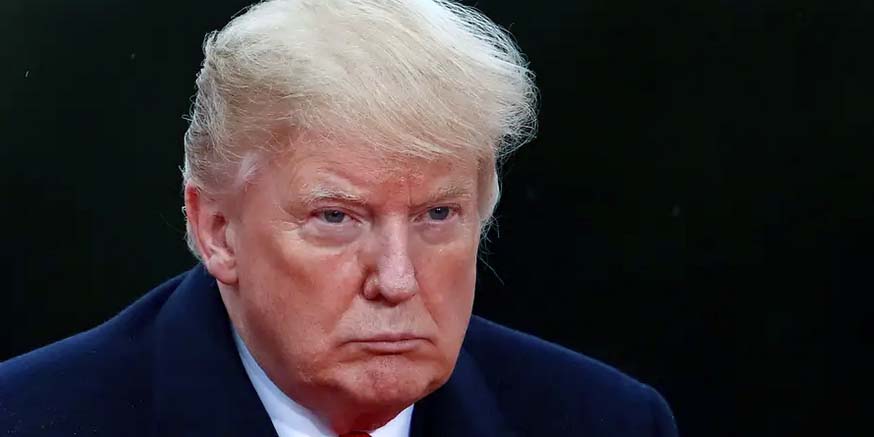 America needs a president who care about what happens to all of its citizens.

Sadly, we have a president who only cares about what happens to himself.

We’ve known for years now that Donald John Trump is a narcissist, an egomaniac at a level never seen before in the White House. We also see him acting like a child whose feelings are constantly hurt.

“I don’t think he has many sympathetic ears to his claims that he’s been mistreated,” Pataki tells The Washington Post. “Leadership, as we’ve seen at many moments in history, is about not only accepting adulation when you do something great but also accepting responsibility. That lack of accepting responsibility is seen as a lack of leadership and that doesn’t sit well with people who might be more open to supporting him again.”

In a story about Trump’s growing paranoia that “everyone is out to get me,” Ashley Parker, Philip Rucker and Josh Dawsey write in The Washington Post:

Callers on President Trump in recent weeks have come to expect what several allies and advisers describe as a “woe-is-me” preamble.

The president rants about the deadly coronavirus destroying “the greatest economy,” one he claims to have personally built. He laments the unfair “fake news” media, which he vents never gives him any credit. And he bemoans the “sick, twisted” police officers in Minneapolis, whose killing of an unarmed black man in their custody provoked the nationwide racial justice protests that have confounded the president.

Gone, say these advisers and confidants, many speaking on the condition of anonymity to detail private conversations, are the usual pleasantries and greetings.

Barbara Res, a former executive for the Trump Organization, says he interprets everything in deeply personal terms.

“Whatever bad happened, no matter what it was, it was always against him, always directed at him,” Res told The Washington Post. “He would say, ‘Why does everything always happen to me?’ ”

“It was as if the world revolved around him. Everything that happened had an effect on him, good or bad.”

A third outside adviser in frequent touch with the White House said that in a recent conversation, the president seemed almost “inconsolable” and summed up Trump’s riff: Gripes about the great economy he built, now felled by the virus, and also how “some stupid cop in Minneapolis kneels on someone’s neck and now everyone is protesting.”

Many say Trump sank into a darker depression after the rally in Tulsa brought in a disappointing turnout with more empty seats than attendees.

He had promised a full house, claiming “I’ve never had a rally with an empty seat at my rallies.” In fact, he has had more and more empty seats, even at rallies just before the coronavirus pandemic shut everything down. The Tulsa arena had a capicity of 19,000. Less than one third of the seats were occupited.

Greg Sargent of The Post says Trump’s claims of crowd size is his “original “Big Lie.”

The founding falsehood that set the tone for the most mendacious presidency in U.S. history — the original Big Lie — was all about crowd size. In January 2017, President Trump and his spokesperson inflated his inaugural audience with a series of grotesque falsehoods. Trump even attacked the media for telling the truth about his paltry inaugural turnout.

As the constant lying about polls demonstrates, for Trump the impression that he’s losing — that his energy and candidacy are flagging, that the crowds aren’t showing up — is itself deadly. What must be relentlessly manufactured is the illusion that he remains enormously popular and that Trump’s America is energized and primed and ready to win again.

In her book, Too Much and Never Enough: How My Family Created the World’s Most Dangerous Man, Trump’s niece Mary Trump, lays out how Trump has always depended on great lies.

He claims to have a “genius level” IQ, but Ms. Trump reports his sister did his homework for him, and he recruited a friend to take his college SAT, producing a score that helped him get into the Wharton School of Business even though his grades weren’t that good.

GOP lawyer and former Republican George Conway, who left the party because of Trump and who now works with The Lincoln Project, which creates ads against his re-election, notes:

According to the book, Donald Trump paid someone to take the SAT for him. He also tried to trick his mentally declining father into signing a codicil that would have stripped his siblings of their inheritances. Her specifics all lead to the same brutal conclusions: “the sum total of who my uncle is,” she says, consists of “lies, misrepresentations, and fabrications.” He’s “incapable of growing, learning, or evolving.” He lacks true competence, his “real skills” being “self-aggrandizement, lying, and sleight of hand.” His own sister, a former federal appellate judge, thinks of her brother as a “clown,” unsuited for office.

Ms. Trump says her uncle has spent his life “being protected from the consequences of his actions and shortcomings.” His father bailed out many of his financial failing and a German bank that believed his fake financial statement providing financing to pay off most of his debts. But now, even that bank is abandoning him and his corrupt organization.

“Donald has been institutionalized for most of his adult life,” she writes, “so there is no way to know how he would thrive, or even survive, on his own in the real world.”

The real world is closing in on Trump’s oversize ego and cons. The U.S. Supreme Court Thursday cleared the way for his financial records, including the tax returns he promised to release in 2015 but, of course, didn’t, must now be turned over to the Manhattan District Attorney General for their investigation into his potentially illegal payoffs to woman to keep silent about affairs with him and other financial misdealing.

Conway adds: “Far from being the virtually self-made man he has always pretended to be, Donald Trump was the “vanity project” of his father, whose money he used “to prop up an illusion” of success. When sales of assets of his father’s estate weren’t enough to clean up his finances, a television producer, through artful editing and image-making, “presented him as a legitimately successful tycoon” — something he never managed to be.”

Trump never managed to be a real president. He is a wannabe dictator whose thousands of lies have been disproven by the fact-checking services that have become necessary since he became president.

He is a liar, a cheat, a fraud and a con man and judgement say is coming.