Are Trump supporters traitors to America? Many voters say ‘yes’ 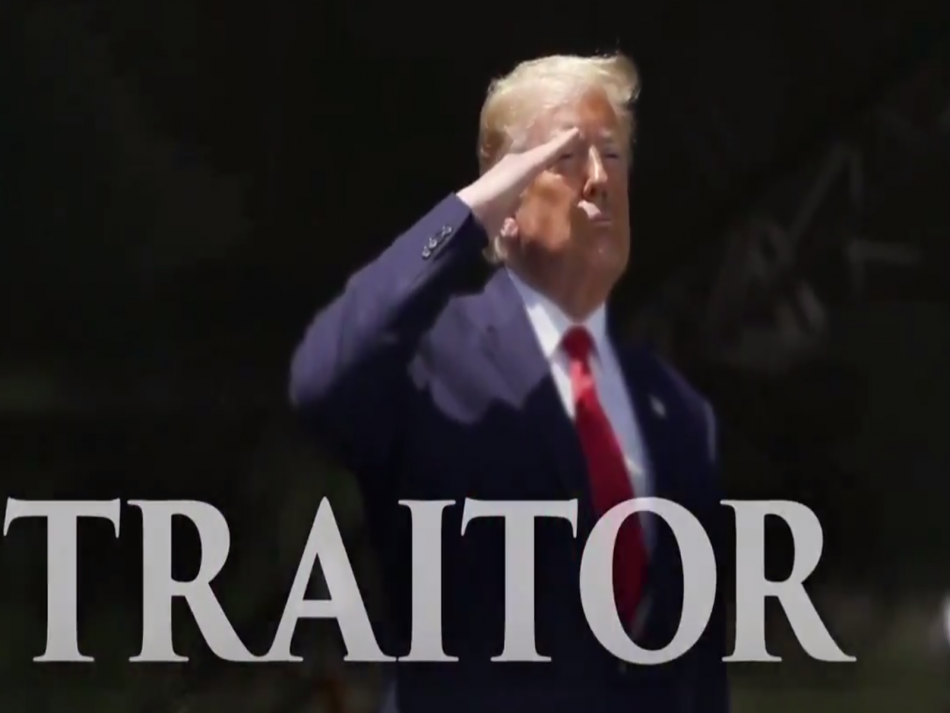 Former Republican Congressman Joe Scarborough, now the morning talk show host on MSNBC, finally said this week what many others have been thinking: Those who continue to support corrupt president Donald Trump are committing “treason” against the United States of America.

“None dare call it treason,” Scarborough wrote in an OpEd in The Washington Post. “But perhaps one day they will.”

There’s little doubt that Trump is a traitor to the very Democracy he swore an oath to defend at his inauguration on Jan. 20, 2017.

“In President Donald Trump’s giving of aid and comfort to Russia and its leaders, he committed treason, witnessed by the world,” wrote Georgia resident Michael W. Parker in a letter to the editor of the Times of Gainesville during Trump’s impeachment trial. “He should be on trial for his life, not his job.”

Speaker of the House Nancy Pelosi tweets: “I don’t know what the Russians have on the President, politically, personal, financially or whatever it is”

Trump suggested five times in the month of May alone that individuals and entities may have committed treason against the United States. It’s a theme he has pushed over four dozen times in his term: That the “deep state” attempted a “treasonous” overthrow of his administration via the Russia investigation.

The treason allegations also come as Trump tries to shift the focus of the November election away from his handling of the coronavirus pandemic by pushing baseless conspiracy theories.

Trump has a nasty habit of accusing others of what he, himself, is doing. When caught in one of his more than 20,000 lies documented by various Fact Checking services, he calls others “liars.”

The pot calling the kettle black? Most likely.

Suggests Conor Friedersdorf of The Atlantic:

President Trump wrote, “I think what the Democrats are doing with the Border is TREASONOUS. Their Open Border mindset is putting our Country at risk. Will not let this happen!” As having an “open border mindset” is not levying war against America nor giving aid and comfort to its enemies, Trump is guilty of levying a false accusation of unsurpassed gravity and additionally guilty of violating his oath to protect and defend Article III, which defines treason as “only” those offenses.

That same day, the oath-breaker wrote, “So, it has now been determined, by 18 people that truly hate President Trump, that there was No Collusion with Russia. In fact, it was an illegal investigation that should never have been allowed to start. I fought back hard against this Phony & Treasonous Hoax!”

What a tremendous burden it must be for you to still be defending President Trump. You have called yourself a constitutional conservative for decades, but now you sit silently as the president pushes to move this year’s election because he might lose. Even some Republican senators are speaking up. Why aren’t you?

Trump remembers how you ran interference for him when he claimed unlimited powers under Article II of the Constitution, so he thinks you will stay quiet. Remember your silence after Charlottesville? You eventually mustered the nerve to claim Trump never preached moral equivalence between torch-carrying Nazis and protesters. How unthoughtful it was of David Duke to expose you by praising the president’s putrid performance and thanking Trump for his “honesty and courage to tell the truth.” The former Ku Klux Klan grand wizard even bragged to reporters that Charlottesville represented a “turning point” for white nationalism. “We are going to fulfill the promises of Donald Trump,” Duke proclaimed. “That’s why we voted for [him].”

Ouch. That one had to sting, but you kept on defending Donald.

The point is clear. Those who continue to support Trump abandon their support for the laws and values of America.

That, clearly, is treason.