Former prosecutors: Homicidal murderer Trump should be in prison 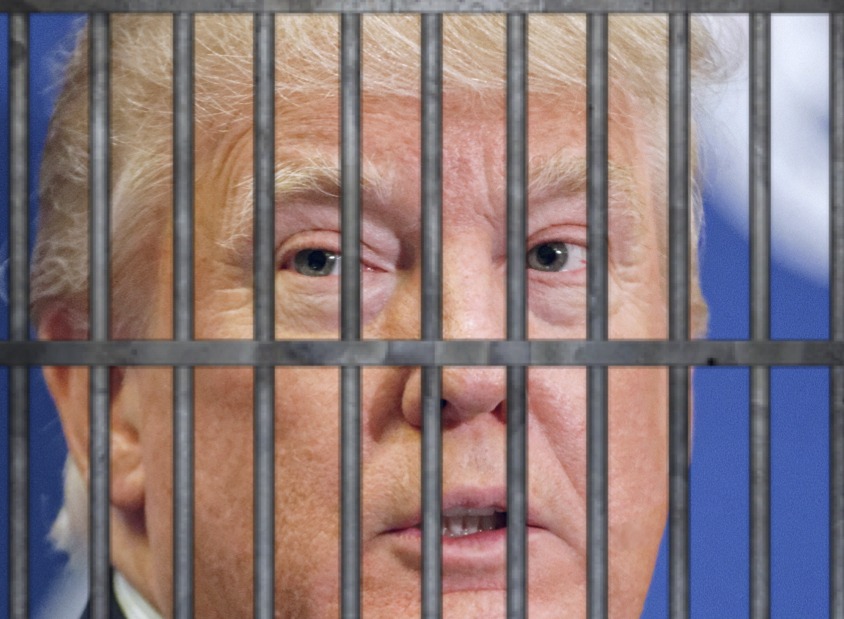 While most Americans who voted in the 2016 presidential election turned thumbs down on Donald Trump, a gerrymandered electoral college map gave him a narrow win that voters have a chance to correct in November of this year.

But his election and the nonstop corruption, idiocy and immoral actions of the White House since them highlights the lack of literacy of this nation. We’re now seeing even more of it now with the flagrant stupidity over the COVID-19 Coronavirus pandemic.

A Michigan library had to ask patrons to stop microwaving books to kill the coronavirus after noticing returned books with scorched pages. The Cleveland Clinic issued a public warning about the danger of using vodka concoctions as a hand sanitizer when recipes started to circulate.

Then came the surge of calls to poison control centers about bleach. The Centers for Disease Control and Prevention had to double-down on warnings not to drink it or rinse food in it.

Fear of COVID-19 is exposing a lack of health literacy in this country that is not new. The confusion is amplified during a health emergency, however, by half-truths swirling in social media and misinformed statements by people in the public eye.

One in five people struggle with health information, says Michael S. Wolf, director of the Center for Applied Health Research on Aging at the Feinberg School of Medicine at Northwestern University.

The situation is complicated by the general lack of literacy of corrupted president Donald Trump, who actually suggested people drink bleach or rinse their food in it. Some of those who followed his questionable advice died.

Legal analyst Glenn Kirchner says Trump should be held “criminally responsible for Coronavirus deaths.” “I actually think he will see charges brought in each jurisdiction in which people have died as a result of his gross negligence. So I have a feeling that he has got a lot of criminal legal exposure coming at him beginning in January 2021,” he said in a legal analysis on MSNBC. “He acted in a grossly negligent way, and he failed to act. And that failure was a product of gross negligence. He hit the homicide bonanza.”

Kirchner is a former federal prosecutor with more than 30 years of trial experience. He’s telling us that Trump should be considered a murderer because of his inept handling of the deadly pandemic.

As a man with more than 20,000 lies told during his presidency — a documented fact by fact-checking services — his misinformation and outright falsehoods have caused deaths of American soldiers, our allies and others.

Mary McCord, legal director of the Institute for Constitutional Advocacy ad Protection, a visiting professor at the Georgetown University Law Center, and a former assistant U.S. attorney general, says Trump often incites violence by his followers, especially in tweets where he urged his followers to take up arms against states that tried to keep reopening of businesses delayed because of the virus.

It’s not at all unreasonable to consider Trump’s tweets about “liberation” as at least tacit encouragement to citizens to take up arms against duly elected state officials of the party opposite his own, in response to sometimes unpopular but legally issued stay-at-home orders.

This is especially so given the president’s reference to the Second Amendment being “under siege” in Virginia, where Democratic Gov. Ralph Northam just signed into law a number of gun-safety bills passed during the most recent session of the state general assembly — bills that prompted protests by Second Amendment absolutists at the state capitol in January, leading Northam to declare a state of emergency and temporarily ban firearms from the capitol grounds due to the threat of violence.

It’s an echo of the “Second Amendment remedies” rhetoric of the 2010 midterm election. It’s clearly a violation of federalism principles, and it’s quite possibly a crime under federal law. And insurrection or treason against state government is a crime in Virginia, Michigan and Minnesota, as well as most states. Assembling with others to train or practice using firearms or other explosives for use during a civil disorder is also a crime in many states.

But the president himself is calling for just that. The president’s tweets — unabashedly using the current crisis to encourage a backlash against lawful and expert-recommended public health measures, falsely claiming a Second Amendment “siege” and calling for insurrection against elected leaders — have no place in our public discourse and enjoy no protection under our Constitution.

In other words, America’s homicidal president should be removed from the White House, charged with his many crimes and put in prison, out of our sights and minds, for whatever is left of his pathetic life.