Republicans lining up to dump Trump and endorse Biden 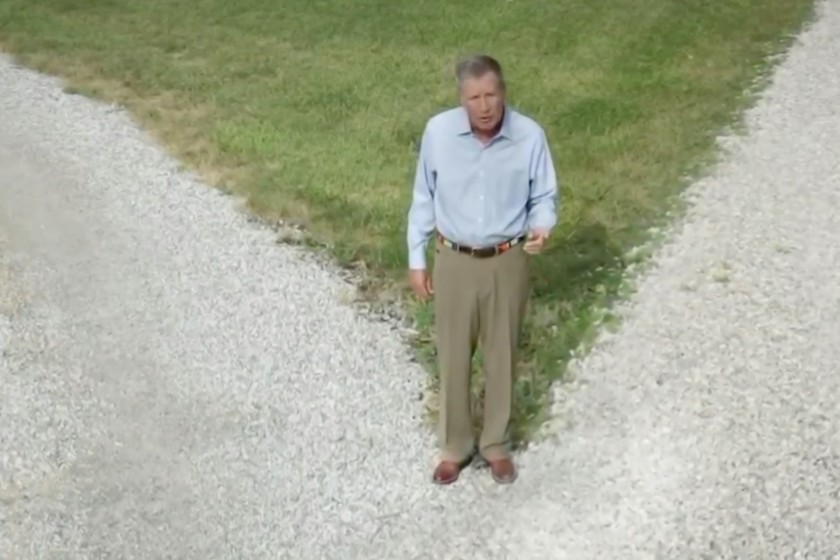 Republican John Kasich speaking out for Biden at the Democratic convention Monday night.

One of the major problems that has allowed corrupt wannabe dictator Donald John Trump literally get away with murder in his scandalous first term as president has been the willingness of most Republicans in Congress to look the other way and ignore his misdeeds, criminal activity and blatant immorality.

Most, but not all. More and more Republicans are now coming forward to speak out against Donald Trump and say openly they will not vote for him on Nov. 3.

Several Republicans are speaking at the Democratic presidential nominating convention this week to endorse Joe Biden as their choice to replace Trump.

John Kasich, former GOP Congressman and governor of Ohio, spoke Monday night at the Democratic convention and says he has no use for Trump.

“I’m a lifelong Republican, but that attachment holds second place to my responsibility to my country,” Kasich said. “That’s why I’ve chosen to appear at this convention. In normal times, something like this would probably never happen. But these are not normal times.”

Former New Jersey Republican governor Christine Whitman is also speaking for the Democrats this week, telling Larry King that Biden is the “best chance at willing in 2020.”

Miles Taylor, former chief of staff at Homeland Security is the most senior former member of the Trump administration to endorse Biden. “Trump is actively going damage to our security,” Taylor says. “His performance was terrifying.”

Former President George W. Bush says he will not vote for Trump in November. Neither will GOP Utah Senator Mitt Romney.

Former Trump National Security Advisor John Bolton, author of the best-selling book, The Room Where it Happened,” details many misdeeds by Trump and said there is “no way” he would vote for him after what he saw and heard in the White House.

Jeff Flake, former Republican senator from Arizona, says he will not vote for Trump. That, he said, is a given.

Retired four-star Navy admiral William H. McRaven, who directed the raid that killed Osama bin Laden, says “Trump has shown he doesn’t have the qualities necessary to be a good commander in chief. This fall, it’s time for new leadership in this country.”

“Trump lies about things,” says retired Gen. Colin Powell, Secretary of State under George W. Bush. Powell says he worked with Biden for more than 35 years and feels he would be a much better president.

Republican Meg Whitman, chief executive of QUIBI and a former senior official for Mitt Romney in his run for president, will also speak to the Democratic convention and will vote for Biden.

Another Republican speaking at the Democratic gather, former Congresswoman Susan Molinari, was a contributor to Trump’s transition team, which she now regrets, and is supporting Biden.

Current Florida GOP congressman Francis Rooney says Trump’s mishandling of the coronavirus pandemic brought a death toll in this country that “didn’t have to happen.”

“A lot of people voted for President Trump because they did not like Hillary Clinton,” Rooney told The New York Times. “I don’t see that happening with Joe Biden — how can you not like Joe Biden?”

Two former Republican speakers of the House — Paul Ryan and John Boehner — now say they dislike Trump and his actions as president. They are withholding their support of him.

Same for former Trump White House chief of staff John Kelly, who says he wishes “we had some additional choices.”