Following the storm earlier this week, the weather conditions have produced some spectacular sunrise and sunsets in Floyd County.  This one was shot near Sandy Flats Road and tweaked in Photoshop.

Fall colors of The Saddle, as viewed from Rocky Knob overlook on the Blue Ridge Parkway. 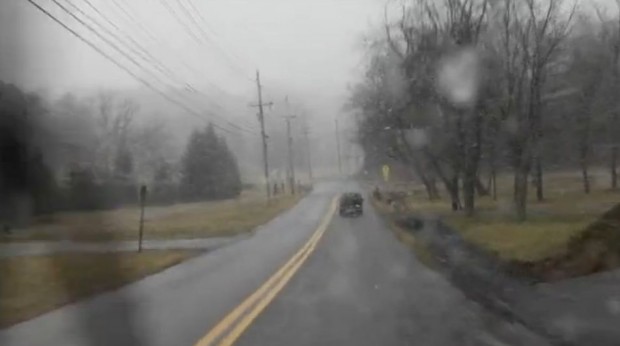 Yes, that’s snow that’s falling in some areas of Floyd County this morning and some weather forecasts say we may see more of it with accumulation on Tuesday, depending on the ever-changing course of Hurricane Sandy. No accumulation today but stay wary and...

The area is bracing for high winds and some hard rain over the next 48 hours, courtesy of Hurricane Sandy’s collision with a nor’easter . The talking weather heads have dubbed it “Frankenstorm.” Hang in there.

Fall colors were sporadic this year because of the jumps between hot and cold and the on-again, off-again rainfall. In low-lying areas, trees remain green while the leaves are all but gone in the high elevations. Weird year. The last gasp appears to be this weekend as...

After Jack, the trio from Ferrum, performed an excellent cover of Michael Jackson’s “Black or White” during their performance at the Hotel Floyd Concert Series last week and that prompted me to dig through my archival photos and footage from the...
« Older Entries
Next Entries »