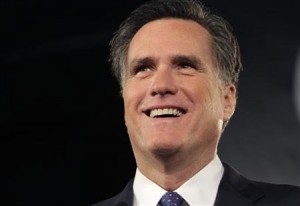 Mitt Romney is solidifying his support among Republican voters and is pulling ahead of challenger Herman Cain, according to a new poll.

The survey of 461 registered voters by Reuters/Ipsos gives Romney an eight-point lead over Cain while former Speaker of the House Newt Gingrich has taken over third place from rapidly-falling Texas governor Rick Perry.

Cain, dogged by accusations of sexual harassment, is losing support among Republicans and half of those surveyed said they expect Romney to be the nominee even if they don’t support him.

Perry, battered by poor debate performances, came in a distant fourth and may have sealed his fate last week when he faltered on stage and couldn’t remember basic parts of his stump speech when he couldn’t remember one of three cabinet level federal agencies he promised to eliminate.

His 55 seconds of brain fade could well be the defining moment of a campaign that started with so much promise and failed quickly.

Romney is seen as “more presidential” than any of his rivals by those surveyed and comes out ahead of Cain, Perry and Gingrich when it comes to “personal qualities.”

“Going into the primaries, he’s in a strong position and his image is solidifying around a very important attribute, which is being presidential, or being seen as presidential,” pollster Young said in the Reuters/Ipso release.